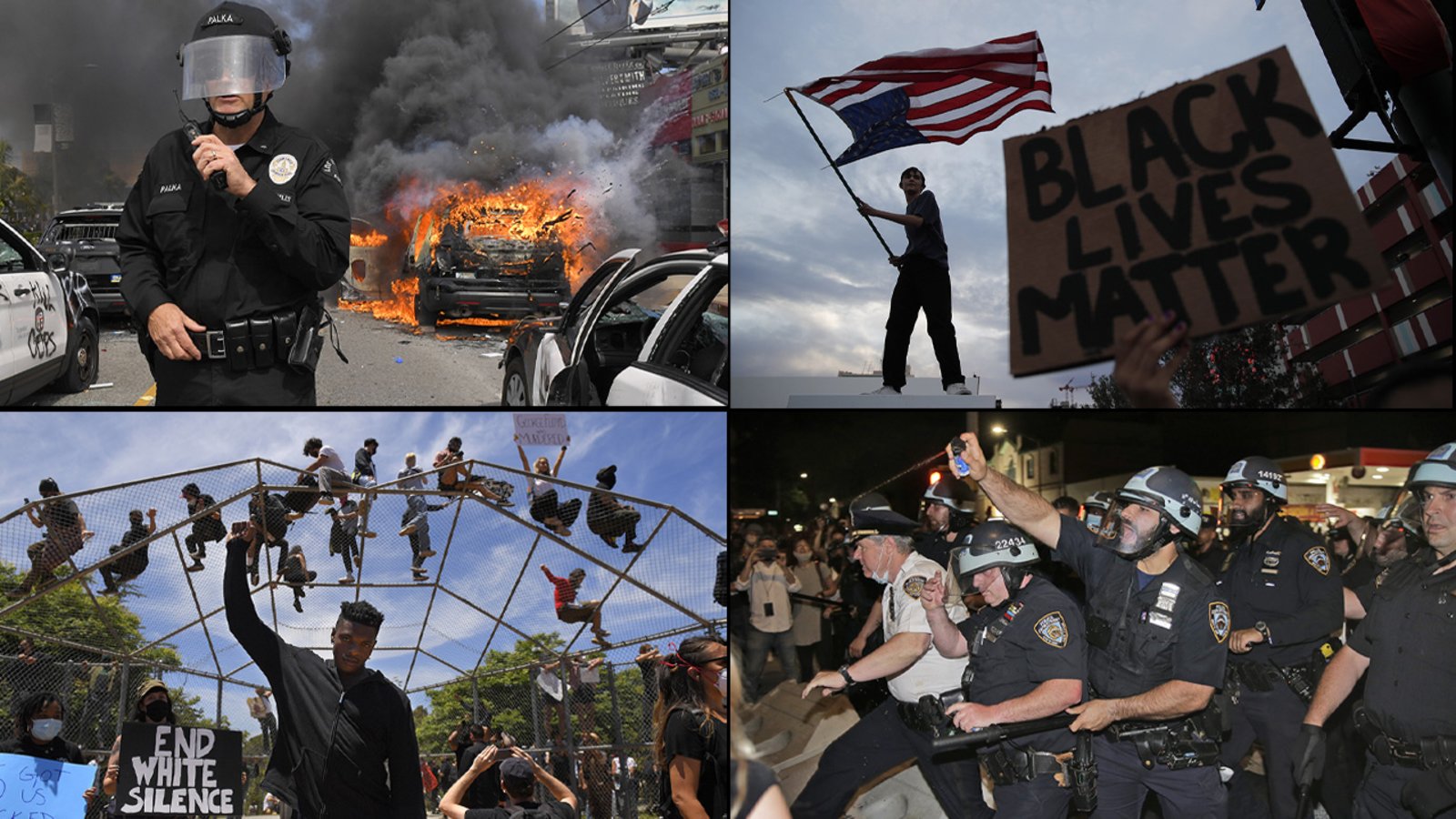 U.S. Police cracked down on protestors as curfews hit cities across the Nation. Officers used pepper spray, tear gas, flash-bang grenades and even military helicopters as crowd control measures.
Donald Trump threatened to deploy military forces against US citizens if governors didn’t activate National Guardsmen to control protesters. Federal troops are prohibited from performing domestic policing, but in extreme cases, the president can invoke the Insurrection Act, which allows the use of active-duty or National Guard troops for law enforcement.

Clearing the way for a presidential photo-op in front of a church near the White House that was damaged during protests, officers teargassed peaceful protestors who were out before curfew. The bishop of the diocese that includes St John’s church, where the president posed with a bible once protestors were dispersed, said the president’s actions were “antithetical” to what the church stands for.

The Louisville police chief was fired after officers shot and killed David McAtee, a local restaurant owner and beloved community member early Monday morning. Officers who shot at a crowd gathered near McAtee’s restaurants did so without activating body cameras. They claimed they were returning fire.

In Philadelphia, police responded to protestors with aggression, using tear gas and rubber bullets against those out past a curfew that was enacted with short notice. Such violent tactics were not used against a group of armed white men who gathered in the city’s Fishtown neighborhood who said they had turned up to protect businesses from looting.

In Washington DC, military helicopters flew low to disperse crowds, and officers doused protestors with pepper spray. General Mark Milley, the chairman of the joint chiefs of staff and the senior-most military officer in the US, walked the streets of DC, saying he was observing National Guard on patrol.
#Donald Trump
Add Comment