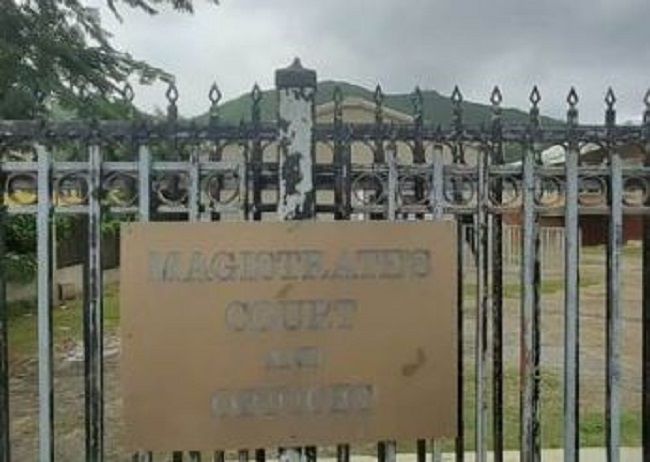 Gladys Todman of Baughers Bay pleaded guilty to theft when she appeared before Magistrate Khadeen Palmer on April 7, 2022.

Todman was caught on CCTV removing the cash from a handbag left in a vehicle in Baughers Bay on the day in question.

‘So long that happened’

According to Dailey, police met Todman at the Road Town Police Station on April 5, 2022, and when she was informed of the report and cautioned, she replied, ‘So long that happened, like two weeks ago.”

Todman was then arrested on suspicion of theft and she subsequently admitted to allegations made against her in an interview with police.

According to Dailey, Todman told police she used the money to purchase sneakers, food and she gave some of the money to her friends.

When asked if she had anything to say, Todman asked the magistrate to be granted bail so she can go to “Sandy Lane” [Safe Haven Transitional Centre] to get food and that she would help to clean up there.

“I was living in Sandy Lane a long time ago, but it didn’t work out. I could go back and beg them but they don’t have space to keep me there right now, but I could go and get food every day.”

Todman, who said she lives in Baughers Bay with her husband, also said she was diabetic and that she receives a food voucher from Social Development every month.

“I on medication for mental health, for cholesterol, for my bladder, for arthritis,” Todman stated in her plea for bail.

The Crown did not object to bail.