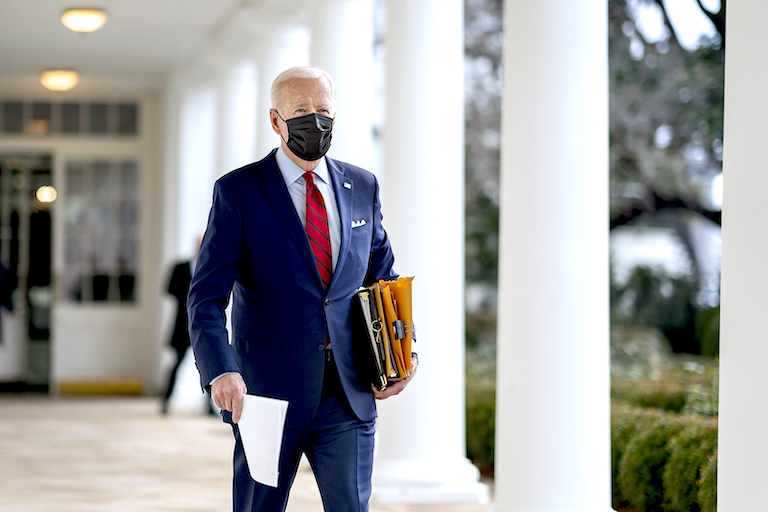 Earlier this month, amid a blizzard of news both domestic and foreign, Secretary of State Antony Blinken took the time to ban a powerful Ukrainian oligarch from setting foot in the United States.

Ihor Kolomoyskyy, declared Blinken, was involved in “significant corruption” — having been accused of everything from looting billions from a bank to funding a private militia. Kolomoyskyy, a former governor of a Ukrainian province, used his office for his personal benefit in ways that “undermined [the] rule of law and the Ukrainian public’s faith in their government’s democratic institutions,” Blinken alleged. Not only did Blinken bar Kolomoyskyy (who denies wrongdoing) from obtaining a U.S. visa, he barred the oligarch’s immediate family members, too.

The move was a small but telling signal of the Biden administration’s plan to make battling corruption a key and potentially innovative part of its foreign policy. By selecting a Ukrainian, the administration was hinting that it will expect America’s overseas partners, not just its adversaries, to clean up their act. The choice also was notable given Ukraine’s contentious status in U.S. politics due to its role in former President Donald Trump’s first impeachment and lingering Republican allegations about President Joe Biden’s son Hunter’s dealings there.

Exposing corruption “is something we’re going to dedicate both more focus, more time and more resources to,” Blinken said Wednesday during an appearance before the House Foreign Affairs Committee. “We see it as both, unfortunately, prevalent in so many places, but also a little bit of an Achilles’ heel when we can put the spotlight on it. Because when people see the corruption of their leaders, that’s a good way to undermine support for said leaders.”

Biden and his aides argue that corruption is a growing menace not only to the pocketbooks of ordinary citizens but to democracy itself, and they speak of it with a sense of urgency. But making fighting corruption a policy priority won’t be easy. It’s a topic that cuts across numerous fields and government agencies, requiring bureaucratic savvy to coordinate initiatives. And America’s own corruption issues — from concerns about the role money plays in U.S. politics to lingering questions about whether Trump profited off the presidency — could undercut its voice.

Still, anti-corruption crusaders are unusually excited about Biden’s plans. They say a growing number of governments are waking up to the threat posed by corruption, partly because of the rise of protest movements highlighting popular anger over such malfeasance, and that American leadership is crucial. There’s also bipartisan support in Washington for wrestling with the challenge.

“Governments can’t keep ignoring those grievances,” said Abigail Bellows, a scholar with the Carnegie Endowment for International Peace. “No one country can deal with it alone. It’s something that countries need to work together on.”

‘We are key enablers’

Through promises, policy moves and personnel choices, the Biden administration is laying groundwork for a far-reaching anti-corruption agenda that takes on everything from international money laundering schemes to illicit tax havens to emerging kleptocracies in poorly governed countries.

Under Biden, the National Security Council has established a Democracy and Human Rights directorate which has battling corruption as a key mission; that division has hired Chandana Ravindranath as a director whose sole focus is anti-corruption. The administration also has been considering naming a State Department-based special envoy to rally global attention to the topic, activists familiar with the issue said.

Biden has pledged to host an international “Summit for Democracy” in the coming months, and the need to fight corruption is expected to be a major theme during that gathering. Alongside the summit, Biden is expected to issue a presidential policy directive that establishes fighting corruption as a core national security interest, a promise he made in an essay laying out his foreign policy agenda during the 2020 presidential campaign.

The summit and directive are expected to result in specific policy initiatives aimed at cracking down on a range of acts considered corrupt, including possibly foreign interference in elections, an act that often requires illicit funding.

The administration also promised to take on what’s often called “strategic” or “weaponized” corruption. That’s usually defined as being when a government, such as the authoritarian ones in China and Russia, use everything from lax lobbying rules to indirect campaign funding to shape the political and policy choices of another country.

It’s critical that the administration not fall into longstanding U.S. habits of viewing corruption as simply a law enforcement issue or one that affects only developing or failed states, analysts and activists said.

If anything, scandals in recent years — chronicled in reports such as the Panama Papers and the FinCEN Files — show that established democracies, through their often-weak financial rules, have helped the problem metastasize to the point where it’s a transnational security threat.

“We are key enablers of the problem globally,” said Trevor Sutton, a senior fellow with the Center for American Progress. “You need to have a concerted strategy among democracies to deal with this issue.”

There are signs that other countries are waking up to the magnitude of the challenge. In June, for instance, the United Nations General Assembly will hold its first-ever special session focused on corruption. Advocates are pushing to make fighting corruption an agenda item during other gatherings in the coming months, such as those of the G-7 and G-20 countries, as well as the Summit of the Americas, which the United States is planning to host later this year.

Bipartisan support in Washington for battling corruption already has given Biden a boost as he promotes his anti-corruption agenda.

As part of the most recent National Defense Authorization Act, the United States banned the practice of registering shell companies anonymously. Anti-corruption activists had pushed for the ban for years, pointing out that allowing such companies to exist offered an easy way to hide and launder money.

Among the Republicans who backed cracking down on anonymous shell companies was Arkansas Sen. Tom Cotton, one of the most hawkish voices in Congress. He warned that “criminals and terrorists are exploiting our financial system using shell companies that hide their identities.”

Beefing up the staffing

It falls to the Biden administration to craft its specific regulations and implement the ban. A coalition of civil society groups recently urged Treasury Secretary Janet Yellen to quickly name someone to take the lead on this implementation process.

Activists say the Biden administration needs to beef up the staffing in certain government divisions if it wants its anti-corruption agenda to go beyond rhetoric and have a meaningful impact.

Several said the Financial Crimes Enforcement Network, a Treasury Department division that tracks an array of illicit activities, is woefully understaffed, with only 300 employees. Given America’s critical position in the global financial system, FinCEN needs a major influx of personnel to better track potential crimes, activists and analysts said. Doing so, however, could require additional funding and, potentially, permission from Congress.