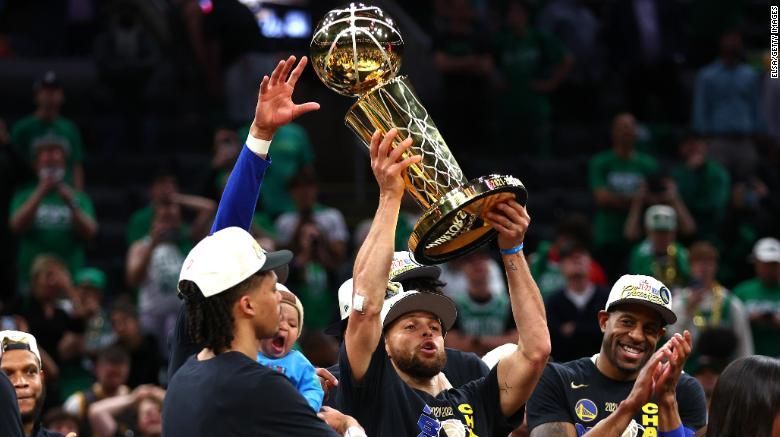 The Golden State Warriors won the 2022 NBA Championship following a 103-90 victory over the Boston Celtics in Game 6 of the NBA Finals at TD Garden Arena in Boston, Massachusetts last night, June 16, 2022.

The Warriors join the Celtics and Los Angeles Lakers as the only NBA franchises to win seven-or-more titles.

The way Game 6 unfolded didn't initially look like it would be a surefire win for Golden State. Boston were up 14-2 to start the game but the Warriors didn't just claw back -- they hit the gas pedal.

The Celtics cut the Warriors' lead to single digits late in the third quarter and again in the fourth quarter but could get no closer.

The Warriors were led by Wardell Stephen Curry II, who scored 34 points and won NBA Finals MVP honors for the first time in his career.

Golden State finished the 2022 NBA Playoffs with a 16-6 (.727) mark, including a 4-2 NBA Finals victory over Boston, a 4-1 victory over the Dallas Mavericks in the Western Conference Finals, a 4-2 win over the Memphis Grizzlies in the Semifinals and a 4-1 win over the Denver Nuggets in the First Round.

Among the many Virgin Islands’ basketball fans viewing the Final was former National Player and retired professional basketballer Steve E. Parillon, who was not too impressed with the performance of Boston.

“I wasn't specifically routing for either team, I just wanted to see a good competitive series, but I was really disappointed with Boston’s performance last night, you can't be at home in a close-out game and play with a lack of effort.”

Nevertheless, Parillon said one would still have to “tip your hats off” to the Warriors as they were the more “hungry and experienced team” and it showed.

As for Curry being named the Bill Russell NBA Finals Most Valuable Player, Parillon said it was well deserved.

“I would say of the 4 championship, this was the one Curry earned his full paycheck. He willed his team and was the dominant player in the series. This was a plus to his resume as most NBA greats are in the finals MVP club.”

Curry ended with averages of 31.2 points, 6.0 rebounds, 5.0 assists and 2.00 steals in 37.5 minutes per game in The Finals. He is the seventh player in NBA history to have at least four NBA titles and two Most Valuable Player awards, joining Kareem Abdul-Jabbar, Michael Jordan, Bill Russell, LeBron James, Magic Johnson and Tim Duncan.

Cheering on the Warriors thousands of miles away was former US Virgin Islands (USVI) National Player Jason A. Edwin, who also played professional basketball.

“I was rooting for the Warriors the whole time. I didn’t get caught up in all the hype when Celtics won Game One. I thought that was just the long rest that the Warriors had going into the Finals because they ended their series a couple of days before the Celtics did, so the Celtics came into the game a little more sharp and game ready.

The public got all carried away with that Game One result, but I knew the Warriors were the better team, hungrier team and they showed last night.

Mr Edwin also pointed out a very important historical fact about that game that some sports pundits missed.

“If you look at the date, June 16th, in 2015 it was the same scenario going into Cleveland when the warriors played the Cleveland Cavaliers and they won the championship that year. So the same date was last night, June 16th, going into an opponent’s home court again and I knew that the outcome was going to be the same. So that was one of the things I thought was interesting to follow with the matchups.”

Edwin also said he thought Boston were worthy opponents, but the Warriors were “a better-oiled team, will prepared, well-rested, well-coached, more experienced, all the things that highlight and contribute to a championship team.” 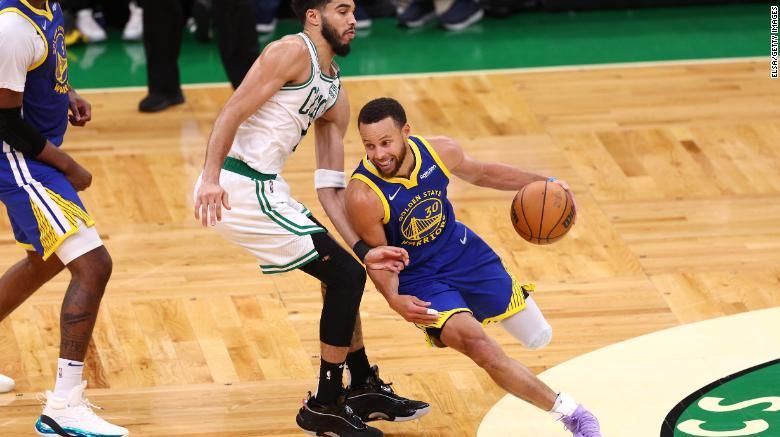 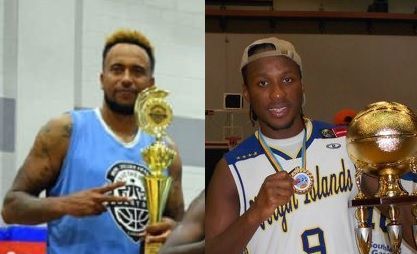 Former national player and retired professional basketballer Steve E. Parillon, left, was not too impressed with the performance of Boston, while former National and Pro Player Jason A. Edwin, right, was rooting for Golden State. 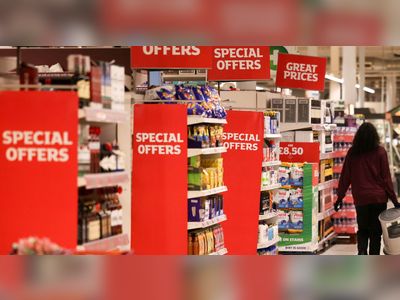