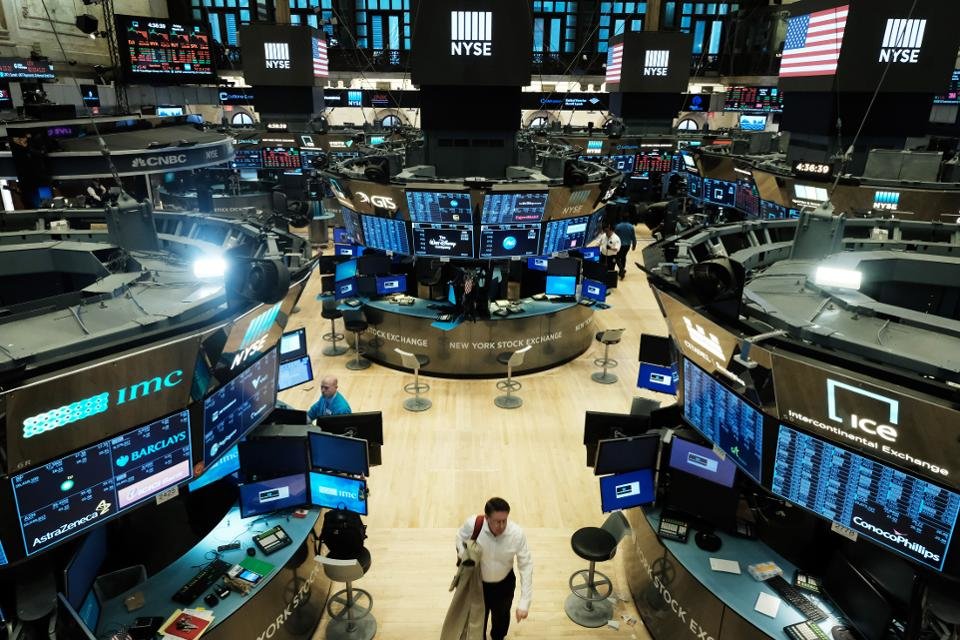 At least 129.8 million Americans were ordered to stay home by their respective state governments. No malls. No movies. No bars. No social gatherings of 10 more. Spring break has been cancelled. DisneyWorld is closed. It is probably only a matter of time before all domestic travel is banned, except for emergency situations.
We’re pretty close.

American Airlines last week announced a 75% cut to its operations, while United plans to cut 90% of international services scheduled for April. At this point who is flying other than a doctor? And if not a doctor, where are these people going? Easter Island?

The recession that well-known comedian and HBO show host Bill Maher hoped for and Bloomberg headline writers were firing off incessantly last year for reasons that were both political (Maher) and financial (inverted yield curve) may be coming after all.

If half the country can basically only go to the supermarket, the pharmacy and the doctor’s office over the next two weeks, with skeleton crews at warehouses and manufacturing plants and the only people who can be productive are those who can work from home, then what are we to think when the other half of the country faces the same set of circumstances?

The Federal Reserve and Treasury are working on financing programs that could be worth $4 trillion, Treasury Secretary Steven Mnuchin said Sunday on FOX.

That’s double what National Economic Advisor Larry Kudlow put out there on Friday.

Today’s number from Mnuchin is part of a bipartisan stimulus effort that includes the unlimited checkbook of the Fed to get liquidity and cash to businesses that need it most.

The longer national-shutdown guidelines remain in place, with 8 state governments as of Sunday closing all "non-essential" businesses statewide, the more economic growth will be suppressed.

Short term loans to small businesses will be needed to help companies not only cover payroll so as not to fire workers, but to cover other things, like leases. Who doubts a debt moratorium is right around the corner?

In China’s case, draconian measures took economic growth offline for about two months. If the U.S. did, it would mean a loss of about 16% of economic growth in a full calendar year, analysts from Bretton Woods Research, a boutique, macro investment research firm in New Jersey wrote in a note to clients over the weekend.

Friday’s drop in equities was due to a spate of lockdowns, namely in California and New York. It is only a matter of time before all 50 states follow.

“In the near-term, there’s no reason to hold equities so long as the shutdowns continue and spread,” says Vladimir Signorelli, head of Bretton Woods Research. “Frightening valuations could be in store, such as Dow 14,500 or even 10,000.”

The 12 states with the highest number of COVID-19 illnesses reported as of Friday account for nearly 60% of U.S. GDP, based on 2018 Bureau of Economic Analysis figures.

The pandemic has rolled back all of the stock market gains of the Trump presidency, but few with any market sense would blame government for the market’s reaction to the fast spreading virus.

The global pandemic has also helped crash commodities. Oil was already in trouble thanks to a breakdown in OPEC production talks with Russia two weeks ago. West Texas crude closed at $22.43 a barrel on Friday and hit $20.37 on Wednesday. Worth remembering, oil was $45.90 on March 5, just before the Saudi-Russia sell-off began.

At least $26 trillion in global market capitalization has been lost since February. While that is mostly all speculative capital, it is a sentiment indicator for publicly traded businesses who take on less risk when they see their share price in free fall.

Retirees, insurers, college endowments, all have a lot less money saved today than they did four short weeks ago.

Meanwhile, in the EU, politicians are trying to reassure the public on one hand, while warning that nearly two-thirds of the populous will catch the bug on the other. With mortality rates in Italy raging over 9%, a two-thirds infection rate would bring war death tolls.

For that reason, the market sell-off isn’t over yet.

“We expect the next wave to be continued profit warnings, defaults and a collapse in economic indicators,” says Sebastien Galy, senior macro strategist at Nordea Asset Management in Luxembourg. “Over time the Fed and U.S. Government will win the day. We should increasingly find a firm footing.”
#COVID
Add Comment