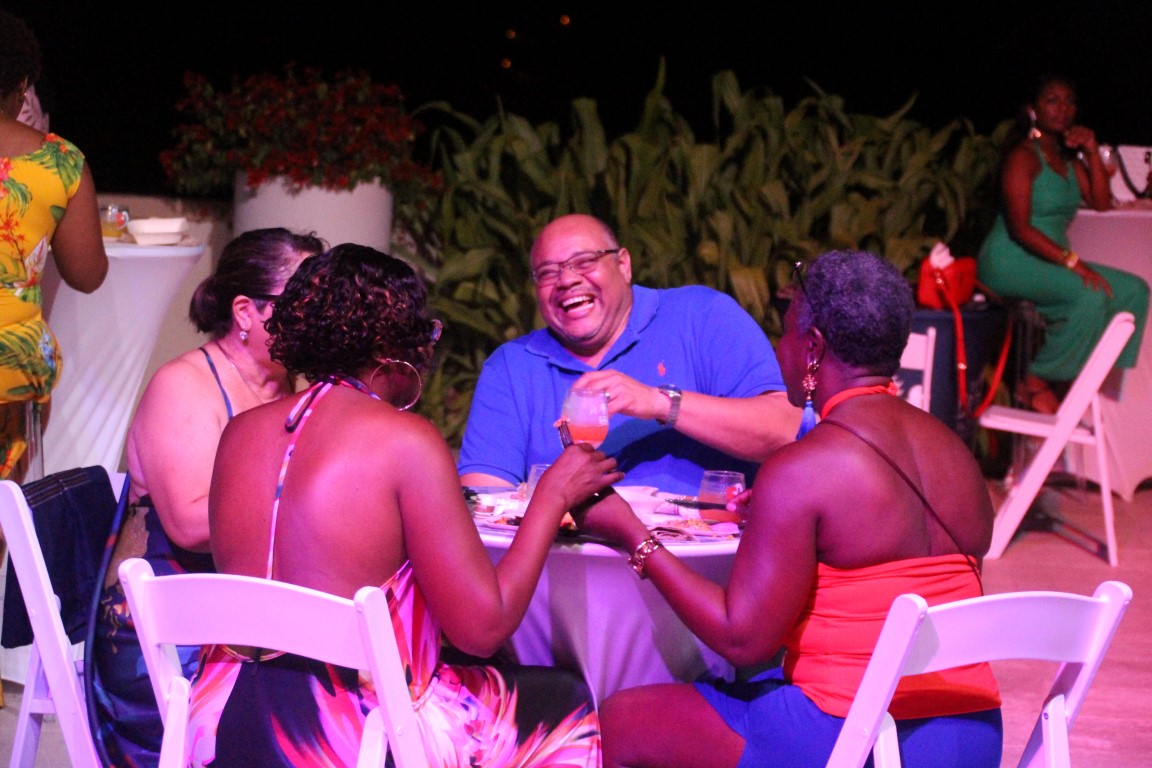 Top tourism students across the territory’s public school system are the beneficiaries of the well-attended annual Gourmet Soiree -one of the main events on the BVI Food Fete calendar.

The event was held at the Scrub Islands Resort and Marina on Thursday.

“The Gourmet Soiree is actually a fundraiser. We have given awards for the past three or so years to the students who have done the best for their respective public schools in tourism,” Dawson said.

He further said there were other benefits to the culinary event.

“It’s also building up the culinary repertoire of our youngsters and chefs to create interest in the culinary field. I think we have been successful in doing so because of the exposure and other opportunities that have been given to them that the BVITB has provided,” he said.

Dawson said he believes last night’s turnout was a testament to the growing awareness of the top culinary offerings of the territory.

The evening started with entertainment and cocktail at the resort’s reception area then moved to the north beach area for dessert and more enjoyment.

There was a mixture of international chefs and local chefs including a mixologist and those from the BVI National Culinary Team.

Meanwhile, Management Trainee currently in Public Relations at the BVITB Yohance Smith said the month of activities at Food Fete aims to promote the BVI as a culinary destination.

The five-year-old event continues with ‘Taste of Tortola’ which is scheduled to take place at the Queen Elizabeth Park in Road Town on Saturday, November 9.

Former Education Minister Myron V Walwyn, in a recent Facebook shared his thoughts on the managing of the pandemic COVID-19. In the post Walwyn said and I quote: