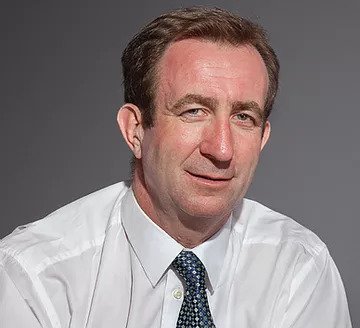 An attorney-at-law is convinced that the reputation of the Virgin Islands (VI) has been tarnished by the negative press in the announcement of a Commission of Inquiry announced recently by outgoing Governor of the VI, Mr Augustus J. U. Jaspert.

On Tuesday, January 19, 2021, Premier and Minister of Finance Honourable Andrew A. Fahie (R1) and his team of Ministers were on their Sea Cows Bay leg of the ongoing community meetings when Attorney-at-Law Michael J. Fay, QC took to the microphone to question the motive of the Governor’s media splurge when announcing the Commissioner of Inquiry.

Was intention to damage reputation of VI?

Mr Fay said that, while ignoring for the moment the question of whether His Excellency the Governor believes he has good reason to call for a Commission of Inquiry, “I want to ask you a question about how the announcement was made.”

He stated that it was his understanding that the Hon Fahie government was not given any advance notice that an announcement of a Commission of Inquiry would be publicly made that Monday morning, January 18, 2021.

“However, it appears that the English press, but apparently not any press outlet in the BVI, were given advance notice so that they were able to run the story before the Government here was aware of, or had time to respond to, the story. An announcement was also made by the UK Foreign Secretary on Monday morning.”

Attorney Fay, speaking at the community meeting at the BVI Seventh-day Adventist School, said he was not able to think of any legitimate reason why the Government of the Virgin Islands had to be kept in the dark about the announcement of the CoI. “I cannot think of any manner in which the proper conduct of the inquiry would have been compromised if the Government had been given notice, and prepared to respond.”

“In the circumstances, I wonder why the announcement was kept secret and then made so dramatically. Absent any good reason for the secrecy and the surprise, I wonder whether the secrecy was intended to achieve two purposes (i) to be as dramatic as possible, (ii) to damage the reputation of the BVI as much as possible. It certainly achieved those ends.”

Deputy Premier and Minister for Education, Culture, Youth Affairs, Fisheries and Agriculture, Dr the Honourable Natalio D. Wheatley said the move by Governor Augustus J. U Jaspert to keep the Government of the Virgin Islands in the dark about the Commission of Inquiry was a 'well-coordinated ambush'.

“So my question is to ask you whether the Governor has been able to provide you with any good explanation for the secrecy,” Mr Fay asked.

Responding to Mr Fay, Deputy Premier and Minister for Education, Culture, Youth Affairs, Fisheries and Agriculture, Dr the Honourable Natalio D. Wheatley (R7) said, “I can say without a shadow of a doubt, leaving no uncertainty what-so-ever, we found out about this commission of inquiry, I can’t say same time as everyone else because obviously there were entities in the media in the United Kingdom and elsewhere which were informed about this well before we were informed.”

“I can only come to the conclusion that this was a well-coordinated ambush designed to do exactly what you said, damage the reputation of the territory and certainly seek to damage this administration.”

On Tuesday, January 19, 2021, Premier and Minister of Finance Honourable Andrew A. Fahie  and his team of Ministers were on their Sea Cows Bay leg of the ongoing community meetings when Attorney-at-Law Michael J. Fay, QC took to the microphone to question the motive of the Governor’s media splurge when announcing the Commissioner of Inquiry.