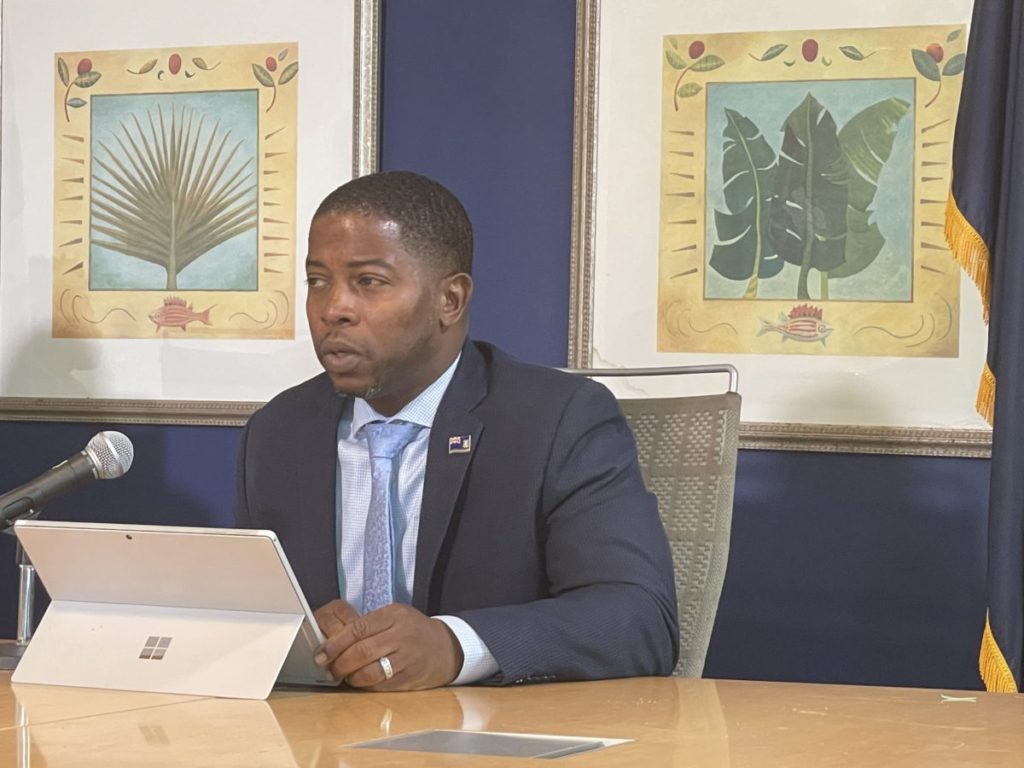 Despite a failure to implement several of the stated goals from a 2012 climate change adaptation policy, Natural Resources Minister Melvin ‘Mitch’ Turnbull insists that the government remains serious about climate change in the territory.
He expressed that commitment while Speaking at a press recent press conference. The Natural Resources Minister suggested that government’s seriousness to the cause was exemplified when the Climate Change Trust Fund Board was reinstated.

The board was disbanded illegally under the most recent VIP administration led by Premier Andrew Fahie when his government took office in 2019.

In the meantime, Turnbull indicated that most of the members of that board, including the chairman and deputy chairman, have agreed to serve again.

“It is unfortunate that they were unceremoniously dismissed as a board and a body. But as I said earlier, we are actively working now to fill all the member positions,” the Minister noted.

He said the commitments that have been made are important and said the government is working actively to ensure that the board is reestablished, committees are formed and the CEO is put in position to be able to manage the day-to-day operations of the Climate Change Trust Fund committee.

“We have lost some time, we have lost some progress over the last three years. But based on the conversations with the Premier, my directive is simply to get things back in place,” Turnbull said.

Among the stated policy goals in the 2012 policy, is a commitment to create and maintain a better managed, more resilient, diverse and environmentally responsible tourism industry.

The policy also aims to enhance the resilience of existing critical infrastructure and settlements to climate change impacts, while avoiding the construction of new infrastructure/settlements in areas or with materials prone to climate hazards.
#Fahie
Add Comment