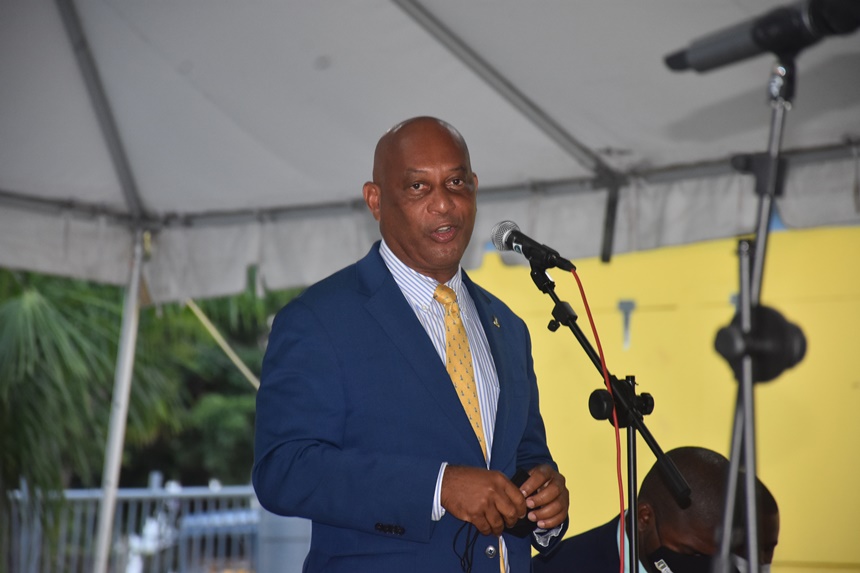 Gov’t contracts not awarded based on the island you live

Ninth District Representative Vincent Wheatley is the latest government member to address the growing opinion that government contracts should be awarded to contractors living on the island where the project is being done.

Premier Andrew Fahie and leaders of the Recovery & Development Agency (RDA) have been addressing this concern at recent contract signing events, explaining to contractors and residents that where one resides cannot be the basis on which contracts are awarded.

Speaking on February 16 at a contract signing ceremony on Anegada, Minister Wheatley said members of the public have queried why the contract to build the Anegada Administration Building and other facilities wasn’t awarded to an Anegadian.

Some contractors not qualified

Wheatley also urged contractors to pursue courses with the RDA that will equip them with the skills to successfully bid on contracts.

“I must thank the RDA for making the courses available to all sister islands. There are a lot more qualified now than before the hurricanes. As a matter of fact, an Anegadian won two contracts on Tortola! Do you want me to stop that too? No, it’s open to everybody. Once you qualify, bid on these contracts. There’s no limitation to who can bid but you must be qualified under the RDA. And if you aren’t qualified, call Mr Anthony McMaster. He’ll make sure you get the courses necessary,” Wheatley explained.

Anthony McMaster, Acting Chief Executive Officer of the RDA concurred with Wheatley and urged contractors to contact the RDA to learn how to develop proper contract tenders.

“If you put in the work and the effort, you will reap the rewards,” McMaster said.

Recently, Premier Fahie reiterated that his government revised the Recovery & Development Plan to make more contracts available to locals. But he warned that the government cannot decide which Virgin Islander gets the contract.

“I want to say that is one of the areas that your government ensured that more local contractors have an opportunity. We could not decide who would get it but we made sure that somebody out of the Virgin Islands would get it,” he added.

Statistics from the RDA shows that local contractors have managed to secure roughly 129 of the 144 contracts awarded by the agency.

The combined total of these contracts values more than $20 million.