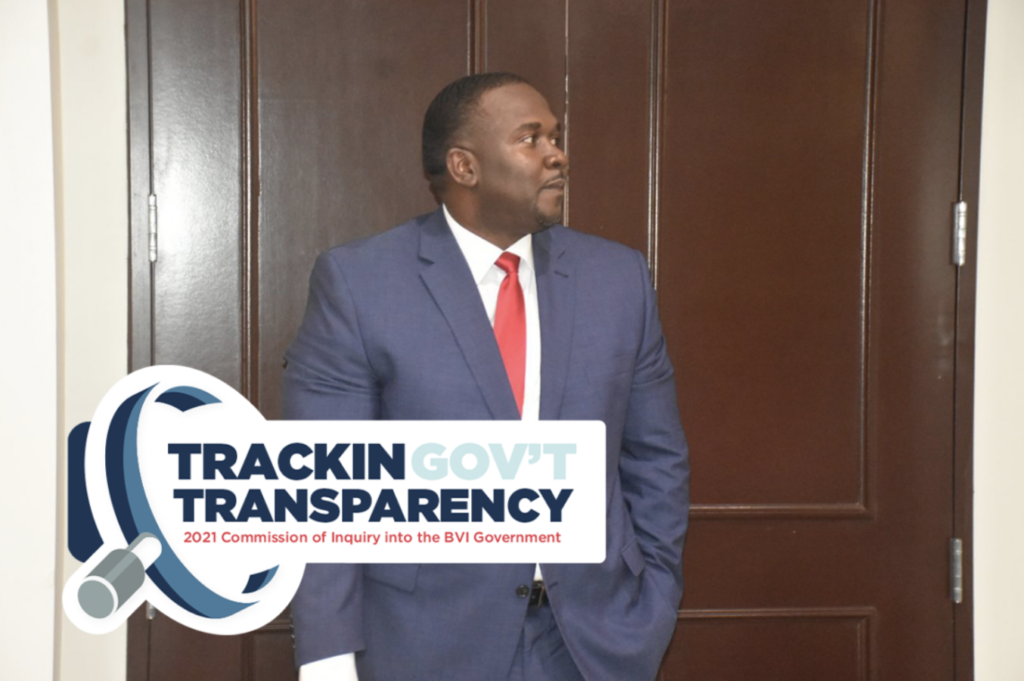 Opposition Leader Marlon Penn has said the Andrew Fahie administration continues to ignore the serious allegations being brought against the VIP government, and instead uses “diversionary tactics” to deflect the claims.

Penn made the comments in a recent statement where he addressed Monday’s announcement from Governor Augustus Jaspert about a Commission of Inquiry.

He said: “What we have learnt so far from the governor’s announcement is that among the various allegations, there is a strong allegation of lack of transparency with the stimulus spending and government contracts, mismanagement of public funds, conflicts of interests, political interference in statutory organisations, the public service and the criminal system,” Penn stated.

“It is regrettable that the current administration (under whose tenure the Commission is being called) has not recognised this simple fact. Rather, even where there appears to be very profound issues and concerns, they continue to engage in diversionary tactics and deflect when confronted with the allegations set out by his Excellency,” Penn added.

Government must realise the implications

The Opposition legislator also said the government should realise the extent of the allegations and should move swiftly to correct the various deficiencies in the BVI’s system.

He said such a measure is necessary as the instigation of a Commission of Inquiry of this nature is materially significant for the territory.

“Not only might it raise troubling questions for our governing institutions, it might equally threaten the notable progress and large strides we have made in developing our democracy and strengthening our institutions and our governance,” Penn stated.

He continued: “Our very existence and our successes have been built on our strong principles of fairness, honesty, integrity, hard work, and faith. Indeed, the essence of who we are and what our forefathers taught us to be are in fact the same principles which underscore our commitment to good governance, accountability, and transparency.”

Penn further said he believes the questioning of the BVI’s core values through the Commission of Inquiry should cause for serious introspection and reassessment the territory’s position moving forward.