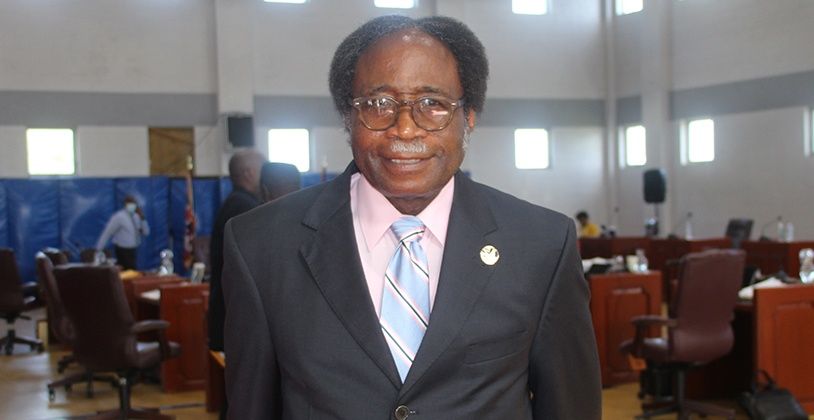 Third District Representative, Hon. Julian Fraser has assessed the Government’s decision not to accept the loan guarantee offered by the United Kingdom for hurricane repairs.

During a press conference yesterday, February 2, Hon. Fraser explained that there are several public infrastructural projects that is needed, including fixing the roads, schools, sewerage treatment plants, community centers, and sporting facilities such as the Ellis Thomas Downs.

“The Government when they came into office, they rolled the dice and gambled. They could have been lucky, but COVID came,” Hon. Fraser stated.

He added, “The dice I am talking about that they rolled and gambled is to take the decision that they were going to forego the offer from the UK government to guarantee $426M in loans.

Following the 2017 hurricanes, the UK offered to guarantee a £300 million loan for the territory for hurricane recovery. Four years later, the loan offer has not been accepted by the territory.

“This Government thought; they thought a lot of things…at this particular stage it doesn’t look like they made the right decision,” Hon. Fraser stated.

He said that there was a way out for the Government to backpedal and accept the UK offer.

“I think that they could have backpeddled and not be embarrassed because no one anticipated COVID and if they said that that’s the reason they backpaddled because of COVID I’ll accept it and I would say yes,” Hon. Fraser stated.

Instead of the UK loan guarantee, the Government has relied on the $65M loan from the Caribbean Development Bank (CDB) which was secured under the former National Democratic Party (NDP) administration.

In December, Deputy Premier Dr. Natalio 'Sowande' Wheatley said that the administration hasn’t borrowed anything and that it was okay because of the access to the $65 million loan from CDB.

“My grandfather who was the first Minister of Finance for this government back in 1978 or so, and we have a legacy of being in control of our own finances as we haven’t received any grant in aid from the UK in over 40 years. So we want to maintain control of our finances and we fought hard for that and that is something that is important to our progress as a people," Dr. Wheatley stated.

“We cannot run this country as if its your household,” Fraser stated, pointing out that countries are built on debt, including the United States.
He added, “We have to be courageous enough to build debt.”