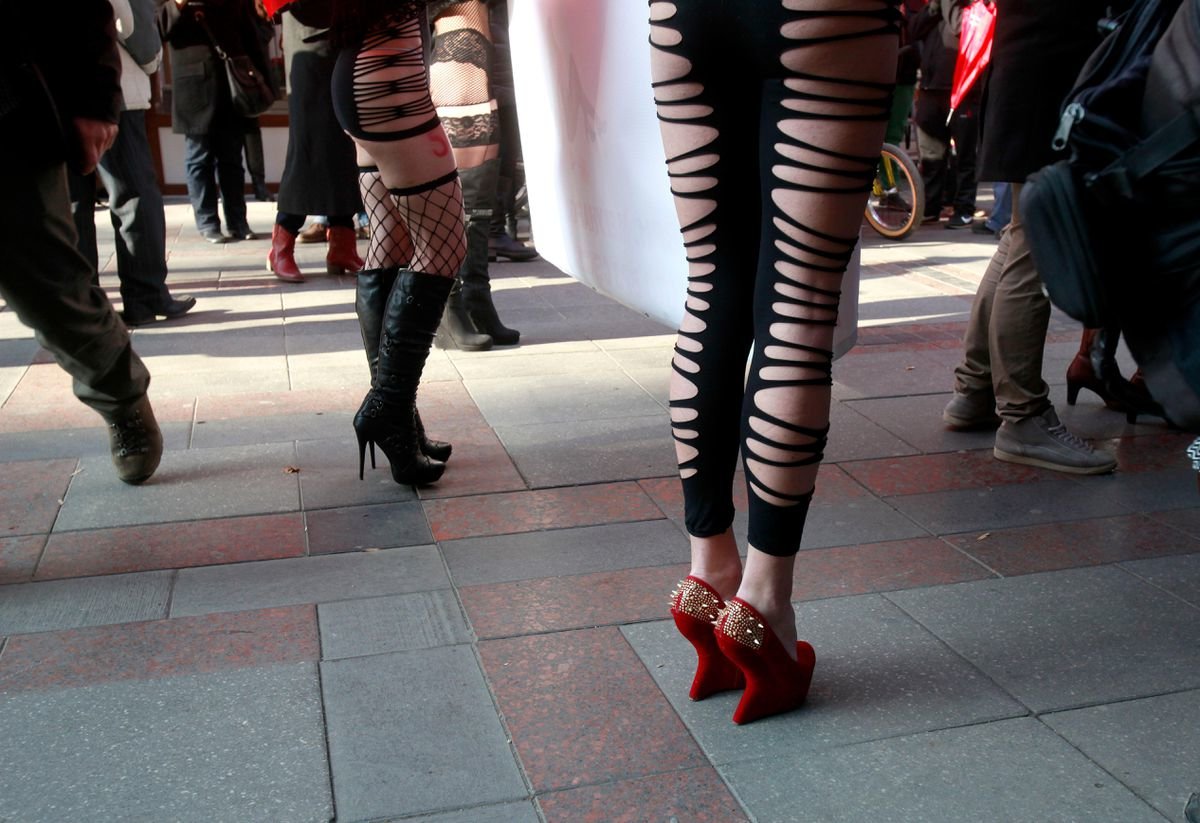 Government has no intention of legalising prostitution, same-sex marriages- Premier

Has anybody ever needed the government's “permission” to have sex for money with freelancers, lovers or wives? No: no one has ever needed it and no one ever will need it, regardless of what our "virtuous" politicians say. (Our double-standard politicians who like to dabble in a bit of paid-sex and sometimes same-sex themselves.)

This issue arises following concerns from Opposition Members over controversial legislation that will formalize by the law what was formalized in the Bible 3000 years ago. (For one example, King David was not the only God-favoured gay, so was Jesus, and so until this very day is the Vatican-paedophile-club. And for the second, prostitution is indisputably the oldest profession in the world.)

Amidst concerns from Opposition Leader Hon Marlon A. Penn and Hon Melvin M. Turnbull that the Virgin Islands may become 'Sodom and Gomorrah', through the passage of several controversial legislation, Premier Hon Andrew A. Fahie has given the assurance that his administration will only push what was in its legislative agenda and nothing else.

If he just knew the Bible... (Sodom sins was about incest, not about woman getting paid for her sexuality, weather she is a freelancer, lover or wife). Paid sex helps to reduce rape, and help single mothers to do what the government as well as God fail to do: providing food, roof, health and education for their kids. No question that it is not moral and in ideal world such an activity wouldn’t exist. But no one can or should force morals by the law. Only by education and social care system.
However, laws against prostitution -as any other law that cannot be enforced- only downgrading the respect for the rule of other laws as well, and pushing “service providers” and customers to compromise their health care, and to eliminate their tax duties. And the most important: it helps to protect... marriage. Because lover is the number one motivator for divorce, while no one is going to break with his wife for a hooker. The nature is given. Man are stupid and unfortunately need such an excitement  from time to time. So paid sex just minimize the risk that lover maximize... (it’s also cheaper. Let him spend on one go stupidity rather then paying for it with Gucci and Luis).

It doesn’t reduce the number of mothers that convince their doubters to become a prostitue (“Get yourself a rich husband”).Speaking at the June 26, 2020, House of Assembly sitting, both Hons Penn and Turnbull had raised concerns about the passage of the gambling legislation, pointing to alcohol and marijuana as two other controversial areas of concerns.

"I hear the good minister [Hon Vincent O. Wheatley] when he was speaking... he said what a June to remember, he say we pass the gambling, we regularising the rum and the marijuana coming next, I thought he was joking," Hon Penn told the House of Assembly during the debates of the Cannabis Licensing Act, 2020, ahead of its eventual passage on June 30, 2020.

The Opposition Leader said he was concerned about what would come next, "I hope ain't the prostitution coming next either... I don't want us to become like the place that they talk about in the Bible."

Opposition Member, Hon Melvin M. Turnbull, had also told the HoA that he too was afraid about what legislation the government would bring forward to the House.

Now according to the Premier at a July 2, 2020, sitting of the HoA, having been in the Opposition for several years, he hinted that the Opposition my be employing tactics with their concerns, even as the government is trying to make life better.

"This Government has no intention in going and making all those other areas, prostitution legal, same-sex, those are not on our agenda."

"We ain't doing nothing else, no derivative," the Leader of Government Business affirmed.
Add Comment