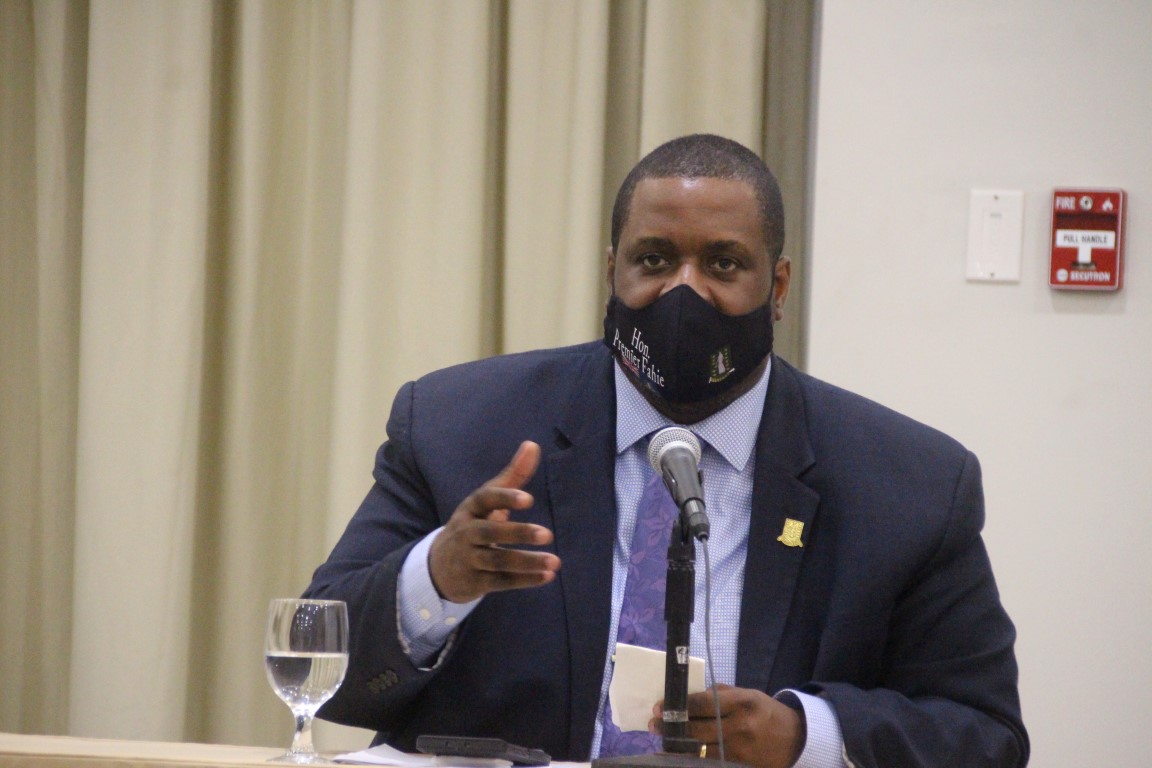 Gov’t has plan for BVI despite persons claiming otherwise! Full reopening was slated for November

Premier Andrew Fahie has said persons who keep reiterating his government does not have a plan for the territory during the COVID-19 pandemic are being disingenuous.

The Premier made that statement during a recent video interview while responding to what he described as false statements being made by some persons in the territory.

He said these persons are fully aware of how fluid the nature of COVID-19 is and with that factor, it is not in his government’s interest to prematurely release all their plans at once since they are likely subject to change from COVID-19.

“We have a plan for the Phase II with the persons coming in, whether work permit, etcetera. We had a plan that was projected for the first of November dealing with the economy and we didn’t even get to get that out because we were going to bring that out just last week, then everything started to unravel,” Fahie stated.

Don’t want to end up having to borrow money

The leader of government business also reflected on recommendations made by detractors who called for the government to immediately release stimulus packages to assist the population during the initial stages of COVID-19.

He said if his government had rushed to make that decision, the BVI would have been in a similar position to many countries who released their stimulus packages early but are now experiencing a second wave of COVID-19 with limited or depleted resources to support their residents.

In the meantime, Fahie who is also the Minister of Finance, said his government will be rolling out a number of initiatives and plans to boost the economy in the upcoming weeks.

He said this will happen once the COVID-19 situation in the territory improves.

“I don’t want to release that now whether persons come and trying to pressure or not because we would be just doing it just to answer and look good and then you cannot maintain what you have said,” the Premier further stated.