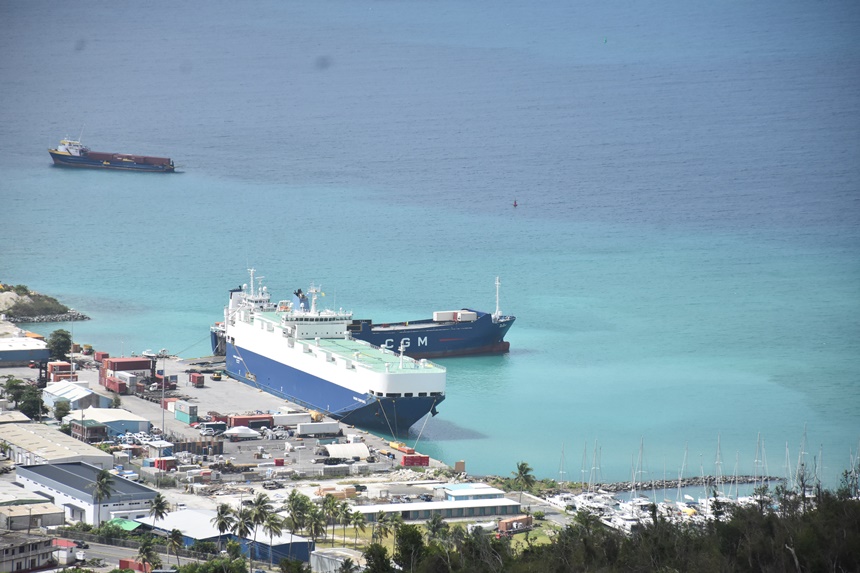 After implementing a wide range of Customs duty reductions on imports, Premier Andrew Fahie has now expressed optimism that the anticipated loss in revenue can be cushioned to some degree.
With the war in Ukraine taking a toll globally, the Andrew Fahie-led administration decided to reduce the import duties on several goods to 5 per cent in some instances and remove them altogether in other cases.

At a recent press briefing, Premier Fahie informed reporters that the reductions have already been laid in the House of Assembly (HOA) and have also been gazetted, giving consumers three months to take advantage of the government’s initiative.

“So, with that now, you know persons are very conscious of it but we hope that volume would increase to make up for whatever loss that would have been there,” Premier Fahie said.

The Premier also signaled that some semblance of equity needed to be struck for persons who are considered the most affected, particularly in light of the anticipated social hurdles down the road.

“In these difficult times as leaders, you have to find a balance for the people that are hurting and yes, it’s going to make an impact too, I must state, that when you have, for example, with vehicles at 20 per cent, most things, building supplies range from five to 20 or even 25 per cent,” he said.

“So, when can give groceries and all those and find the way to give the people a break and then put the task force in to help make sure you monitor it, it can only spell well for the people out of Virgin Islands,” the Premier added.

Premier Fahie further contended that the fallout from COVID-19 and the war in Ukraine all help to create societal issues which he termed ‘heavy social problems’.

“You have to find a way to make the people feel more comfortable and be able to make it in these difficult times. So that’s one of many measures that we put in place to make sure of that,” the Premier stated.
#COVID-19  #Fahie  #Covid
Add Comment