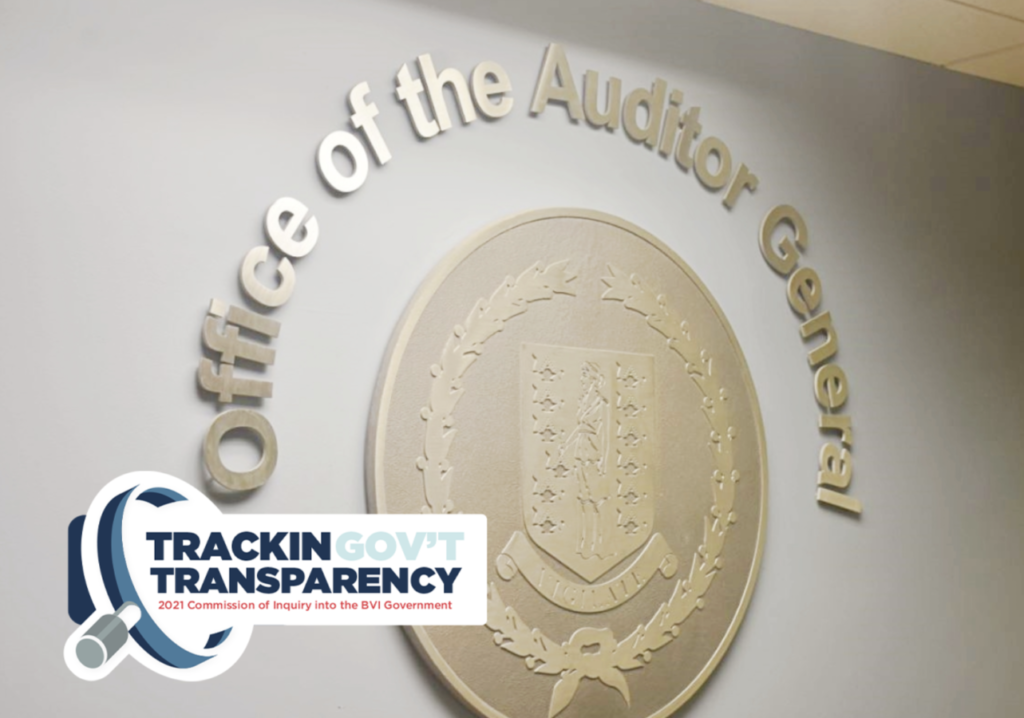 Gov’t inflates stimulus $$ to fishers, farmers! Most not registered

An audit of the government’s COVID-19 stimulus programme for farmers and fisherfolk has found that the Premier’s Office violated procedure and inflated its payments to recipients — a large number of whom were unlicensed and unregistered.

The report from the audit conducted by the Office of the Auditor General (AG) was examined during a hearing of the Commission of Inquiry (COI) on Monday when AG Sonia Webster appeared to give evidence.

Looking firstly at the part of the report that dealt with stimulus grants to farmers, it was found that almost half of the persons on the Cabinet’s list of commercial farmers were not registered in the Agriculture Department’s database of registered farmers.

Explaining why this was a concern, Webster told the COI: “The qualification for the grant was that you either had to be registered with Agriculture or present an affidavit indicating that you were indeed a farmer for the past three years. There is entirely the possibility that there are hundreds of affidavits that were received by the Premier’s Office indicating that these persons were indeed farmers. But, at the end of the day, the Agriculture Department did not know who they were. These, I should add, are supposed to be commercial farmers … not people who simply have a garden in their backyard.”

The Auditor General’s Office was unable to verify whether the Premier’s Office received any affidavits because she encountered “deliberate attempts” at blocking her from accessing government files needed to carry out her audit.

The AG Office’s selected 22 farms for site visits. However, 11 of those farms could not be located by the Agriculture Department.

And of the remaining 11 farms, seven were located on government properties in Parquita Bay while four were on private land. The AG said two of the farms on private land showed activities that did not meet the scale of operations criteria for commercial farming.

Substantiating that claim, the AG’s report said her office audited a sample for requests made by 70 farmers. The requests in that sample totalled $351,730 but the amount actually paid to those 70 farmers totalled more than $1,000,000 — almost three times the value of the requests.

The AG concluded that the payments made to farmers don’t appear to be driven by need but largely by simply disbursing large sums of money despite what the farmers requested.

The audit found that the circumstances under which local fisherfolk received grants were similarly questionable.

BVI fishing laws only permit commercial fishing and mandate that only licensed BVIslanders and Belongers can fish in the territory’s waters. Persons who fish local waters without a license are liable to strict penalties.

Against this backdrop, the Auditor General found that more than half of the total fishers that received grants were not registered in the government’s Conservation & Fisheries Database.

In fact, the Premier’s Office reportedly paid more money to unlicensed fishers than licensed ones.

The audit further found that multiple members of the same fishing vessel received grants and no distinction was made between the owner of the vessel and the crew.

The AG said that, in some cases, boat owners and the crew members made claims for the same vessel and each received payments. In one instance, the AG said three persons — a vessel owner and two crew members — applied separately for engines and material and all three were awarded grants.

She said no vetting was done to assess the legitimacy of requests.

The report of the audit concluded that the Premier’s Office’s failure to adopt Cabinet procedures to implement and monitor the stimulus programme has resulted in the disbursement of a substantial amount of public funds with ineffective means of assessing how these payments applied.

The report also raised concern that the Premier’s Office was the only ministry involved in the agriculture/fisheries stimulus disbursements.

“The exclusion of the two key agencies — the Ministry of Agriculture and Fisheries & Department of Agriculture and Fisheries — from this process demonstrates an absence of interest of achieving any real outcome for payment which, for some, served as needed assistance to advance their commercial fishing and agricultural undertakings. But, for many, were simply gratuitous merit awards at the expense at the public.

Just last month — before the publicising of the Auditor General’s report on the stimulus programme — Premier Andrew Fahie said his government “can say beyond the shadow of a doubt that we have acted with integrity to help the people with all the grants and none of the money has hit anywhere around us.”