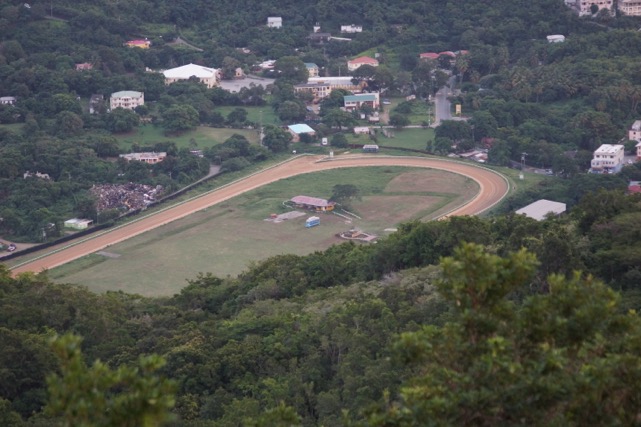 Third District Representative Julian Fraser said the government does not have the “wherewithal” to fix the Ellis Thomas Downs facilities before the end of this political cycle, despite previous promises to have the area restored.
Fraser said it’s sad to see what the iconic facility — which is located in his district — has become.

“It is a national icon. It’s of national importance, it is bigger than the Third District. There is a whole holiday dedicated to Ellis Thomas Downs activities on August Tuesday. I should not have to come here or anywhere to advocate for Ellis Thomas Downs to be up and running properly. Any blind man could see the need for that facility to be up and running. It got destroyed with hurricane Irma,” Fraser said.

The Third District Representative also criticised the government for not accepting the guaranteed loans offered by the British government to help with the territory’s recovery plans post-Irma and Maria, which he noted could have been used to refurbish the facility.

“I’m not a fan of the British government and you should know it. They went out as far as guaranteed loans to rebuild our facilities, our community, they should have been grants like every other country does,” Fraser said.

“But this kind of thing, Ellis Thomas Downs, is not going nowhere.

It has gotten worst. The statue of Ellis Thomas got knockdown with the hurricane and no attempt to re-erect it and I can’t just knock the Virgin Islands Party for this. It happened under the NDP [National Democratic Party] in 2017. They served two years or a little close to that since then but at least when they left, they had the facility in place to have the money to do these works,” he continued.

Fraser also noted the government has not had any recent discussions with him regarding the beautification of the facility.

“I can’t even get a community centre up and running, you talking about Ellis Thomas Downs?” Fraser said.

The Third District Representative noted he still believes Virgin Islanders believe in horse-racing as patriots, but he does not believe the facilities will be refurbished anytime soon.
#the Virgin Islands
Add Comment