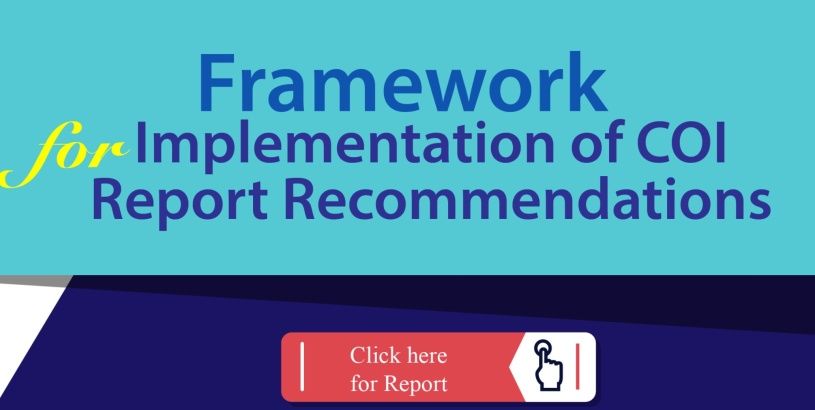 Despite experiencing some challenges, Premier and Minster of Finance Dr. Natalio Wheatley announced that the Government of National Unity is on track for meeting the first set of deadlines outlined in the framework for implementing the Commission of Inquiry (CoI) recommendations.
“There are one or two issues that we will have to work quickly and efficiently to meet the deadline, but we are on track for the most part,” Wheatley said in a press conference on Friday, June 24.

There are several upcoming June 30 deadlines including Recommendation B2 which states: “HOA makes the Register of Interests public under the existing arrangements, while a new system is designed and developed to cover both elected and public officials.”

Dr. Wheatley assured member of the public that this deadline will be met.

"There is a scheduled House meeting on the June 30, and the Register of Interest will be made public on the date of the deadline," Dr. Wheatley stated.

In addition, during the CoI hearings, the interests of government officials were disclosed. It was found that all Members repeatedly filed outside the timeline set by law.

Of this particular recommendation, Dr. Wheatley stated that “I think that one is pretty straightforward. I don’t think that one necessarily needs that much consultation with the public. It’s more a matter of elected members, and we’ve accepted that the Register of Interest should be public.”

Some other critical reforms also scheduled for completion on June 30 include recommendation B40 which mentions that Cabinet approves joint responsibility between the relevant government agencies and the Royal Virgin Islands Police Force for security of all ports, and HOA engaging the Commonwealth Parliamentary Association (CPA) for assistance in designing a new system of registration of interests based on international best practices, which is recommendation B3.

Premier Whealtey also noted that an update will be provided by Governor John Rankin and himself on July 1, in which they will provide a comprehensive progress report on the implementation of the CoI recommendations.
#Commission of Inquiry  #John Rankin  #CoI
Add Comment