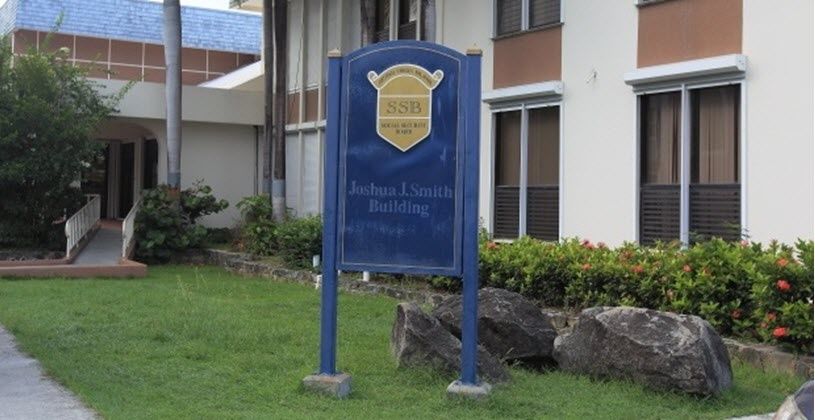 Leader of the opposition, Hon. Marlon Penn has disclosed that the Virgin Islands Party (VIP) administration has returned to the Social Security Board (SSB) for another grant and he promised to be very vocal if approved by the Board of SSB.
“The reality is that I have always been against anyone going to the fund for a grant,” Hon. Penn stated on NDP radio last evening, March 7.

He disclosed that while the last actuary report he saw the fund is in good standing, but suggested that monies coming from SSB to Government should be the form of a loan.

“We have to understand that the fund’s money is being invested for a reason. You have to take into account the cost-of-living increase to ensure that you have a robust enough fund so when pensioners who are living a longer life, when they retire or reach the age of 65 the monies are there so they can reap the benefits of the fund,” Hon. Penn stated.

In 2020, the Government approached SSB and received a grant of $40M to provide COVID-19 economic relief which was distributed to affected employees who were laid off or were working reduced hours due to the pandemic; churches, daycares and the controversial fisherfolk and farmers’ grant.

“My position was and still is that if you are going to take money from social security it has to be a loan,” Hon. Penn stated.

He warned, “You cannot continue to take pensioners’ money as a plan.”

“This Government continues to go back and I understand that they recently went back again to get additional grant funds from Social Security. I hope that the Social Security Board doesn’t approve that. I am going to be very vocal if they do…The people need to be vocal on it because this is your money. This is your resources for when you retire that there is something there in that fund,” Hon. Penn stated.
#the Virgin Islands  #COVID-19  #Covid
Add Comment