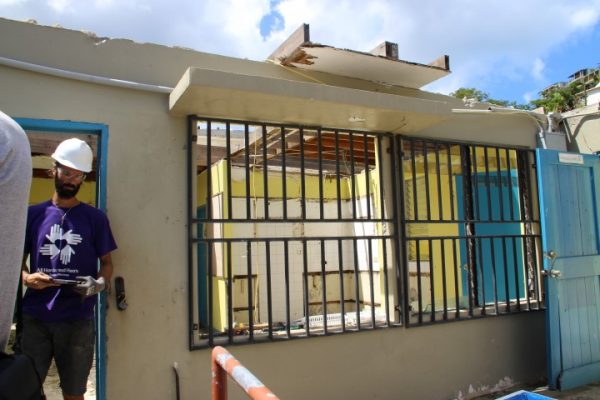 The government is inviting bids for the contract to construct the new Eslyn Henley Richiez Learning Centre.
The proposed work includes but is not limited to the demolition of the existing structure, site clearance and construction of a new school building.

In a recent release, the government said the project is being funded through the $65 million hurricane rehabilitation and reconstruction loan from the Caribbean Development Bank (CDB).

“Payment by CDB will be made only at the request of GOVI (Government of the Virgin Islands) and upon approval by CDB, and will be subject, in all respects, to the terms and conditions of the Financing Agreement,” the invitation document said.

“The Financing Agreement prohibits withdrawal from the financing account for the purpose of any payment to persons or entities, or for any import of goods, if such payment or import, to the knowledge of CDB, is prohibited by a decision of the United Nations Security Council taken under Chapter VII of the Charter of the United Nations,” it continued.

The project will be implemented by the Recovery and Development Agency (RDA), which has already contracted Consultants who will assist the RDA with delivering key components of the project.

“The consultants have prepared designs and contract documentation and will assist in tender administration and evaluation and supervise project activities,” the document read.

More than two years ago, Premier Dr Natalio Wheatley, then Minister for Education and Youth Affairs, said he had toured the school with the principal and architect and he was excited about a land swap between the John’s Hole-based Magistrate’s Court and Eslyn Henley’s current location, facilitated by the Minister of Lands as well as Cabinet.

Dr Wheatley had said the swap would bring Esyln Henley closer to Althea Scatliffe Primary School and allow them to share resources.

The Eslyn Henley Richez Learning Centre has been displaced since the 2017 hurricanes.

Proposals will only be accepted from contractors who are members of CDB-eligible countries, according to the government.
#the Virgin Islands
Add Comment