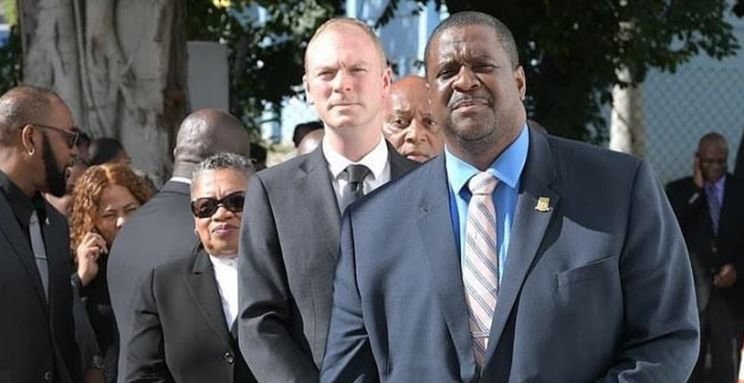 As for reparations, Premier Fahie wants the United Kingdom to compensate the descendants of the enslaved, and he publicly backed the Caribbean Community’s Reparations Commission in its quest to seek reparations.

Speaking during his Tuesday 17th November 2020 radio show, Skelton Cline said: “I want to call on the government to hasten their own steps in the formation of this constitutional review. To hasten their steps of what the Premier said he would do some weeks ago about forming a Reparations Committee that can be joined with our Caribbean brothers and sisters that we can together be a force in representing our position to the so-called powers that be – France, the United Kingdom, all of them.”

He added, “Because it is together we are stronger. Unified we can put forward a more effective case on these matters! We must hasten the steps!”

Lord Nelson, in his day, defended the slave trade yet a bronze statue in his honour was erected in 1813. The statute’s new home will be the national museum.

Barbados is pushing to remove the Queen as its head of state and become a republic in 2021.

Prime Minister Mottley said: “This government has been very clear that national consciousness and identity come at the core of the nation’s state and if we do not know who we are and if we are not clear what we will fight for then we are doomed to be exploited and to be colonized again. The Caribbean Community have started the difficult conversation internationally, too on the issue of reparations.”
#Fahie
Add Comment