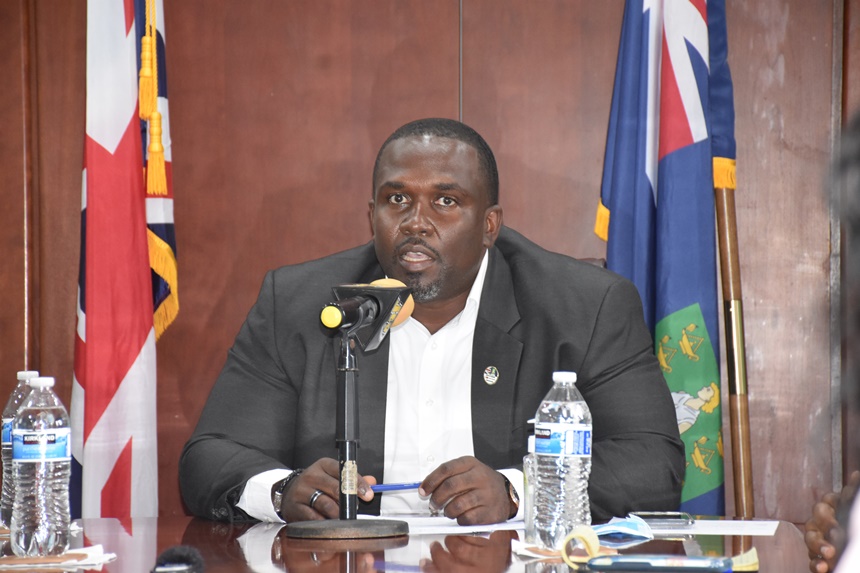 Gov't will go bankrupt if new streams of revenue not generated

Leader of the Opposition Marlon Penn has said he believes the British Virgin Islands will go bankrupt if the government does not swiftly devise a plan to generate new streams of revenue to boost the economy.

Since the COVID-19 is affecting the territory’s two main revenue earners — financial services and tourism — Penn said a new plan is needed if government is to sustain its current monthly expenses, which are are said to be more $23 million.

“That’s their recurrent expenditure. That has nothing to do with the projects that you see — the cleaning up of the roads, the planting of the palm trees that are in excess of tens of thousands of dollars. That is what government spends every month to keep the lights on, and we continue to balloon that number.”

Penn also alluded to the recent salary cuts at the BVI Airports Authority and said similar cuts in other institutions are expected if the government does not come up with a plan that can coexist with COVID-19.

“We need to have a solid plan of how we are going to manage the economy of this territory. If we do not put a plan in place for the economy that is going to be the reality of every entity across the government’s responsibility,” the Opposition Leader stated.

He added: “It is a bleak reality but it is a reality where we have to find a way to get the economy going again. We have to figure out how to get things moving again, and we have to do it in a safe way, a responsible way.”

What message is being sent by the government?

While sharing similar sentiments to Penn, Second District Representative Melvin ‘Mitch’ Turnbull pointed to the inconsistencies in the government’s latest decisions to tackle the virus and revive the economy.

He referenced the decision to lockdown one of the areas of his constituency, Jost Van Dyke, after a single suspected COVID-19 case was reported.

“A shutdown order was given for the island of Jost Van Dyke … and they tested everybody on the island. But now we hear of several reported cases in Tortola and we seem to be playing pelinki ball with people’s health,” he said.

Turnbull further questioned the intended message the government is sending to the public, stating that it seems that no real plan is in place.

“Are we really trying to be popular or are we trying to promote business? Are we trying to stimulate the economy or are we just doing what we think we should do? Again, there is the absence of a plan,” he stated.

The BVI currently has more than three dozen active cases of COVID-19 and is currently classified as having clusters of the virus.