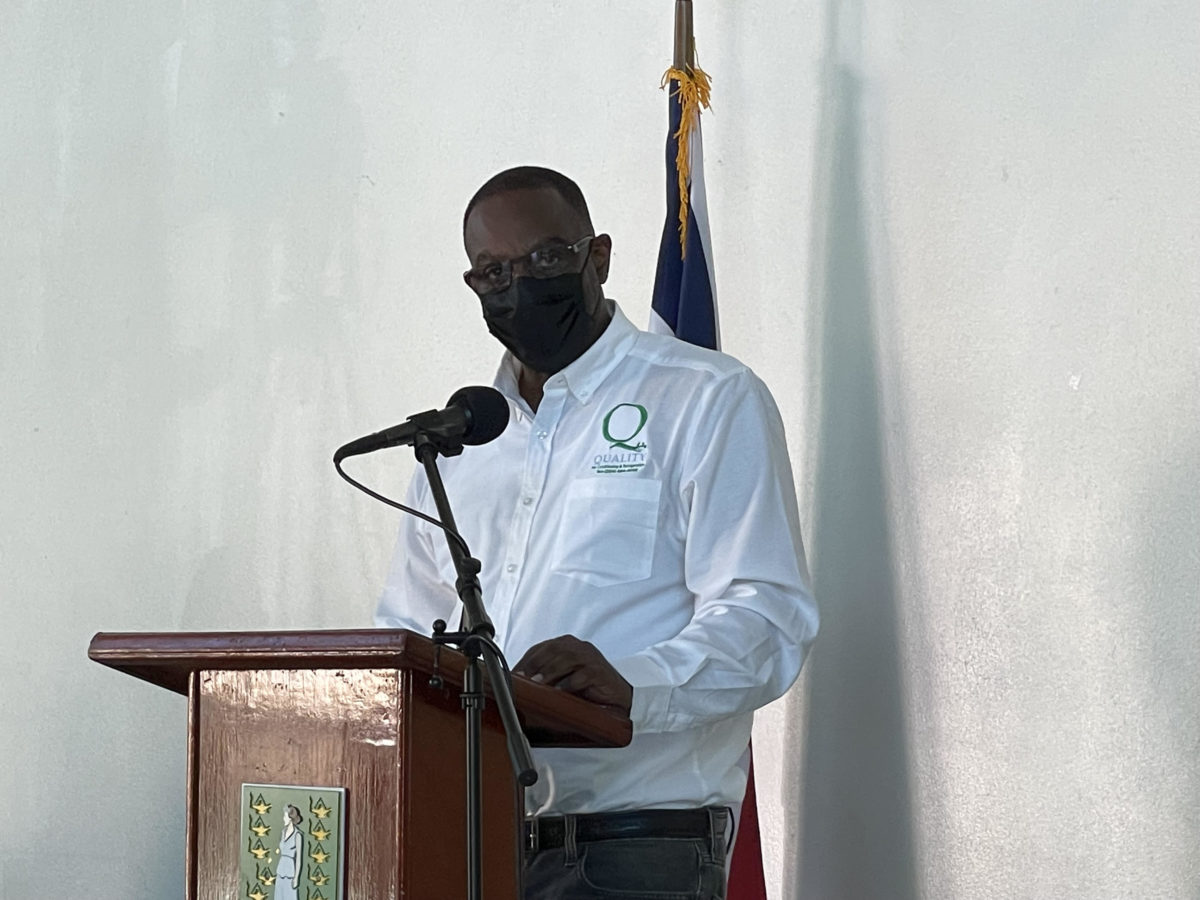 Premier Dr Natalio Wheatley has said the criminal charges laid against Kelvin Thomas will not have any implications on the contract signed for the air conditioning project at the Multipurpose Sports Complex in Road Town.
Thomas, the owner of Quality Air Condition and Refrigeration, was awarded the $786,000 government contract for the procurement, installation and commissioning of the heat, ventilation, and air conditioning system at the sports complex last December.

Dr Wheatley, then Minister of Sports, said Thomas had won the contract in a transparent tender process and described him as someone committed to the development of the Virgin Islands.

Dr Wheatley noted that Thomas’ run-in with the law does not have any bearing on the execution of his contract with the government.

“Well certainly, of course, he has not been convicted of anything. He has a signed contract which is a legal document and that will remain in place unless some aspect of the contract has been violated,” Dr Wheatley said.

“That is all I will say about that as of now. I will let the legal process take its course but as it pertains to the contract, we fully expect the contract to be executed unless there is a reason why it cannot be executed,” the Premier added.

Thomas was charged with one count of obtaining property by deception, one count of making a false statement to a public officer, and one count of possession of the proceeds of criminal conduct.
#the Virgin Islands
Add Comment