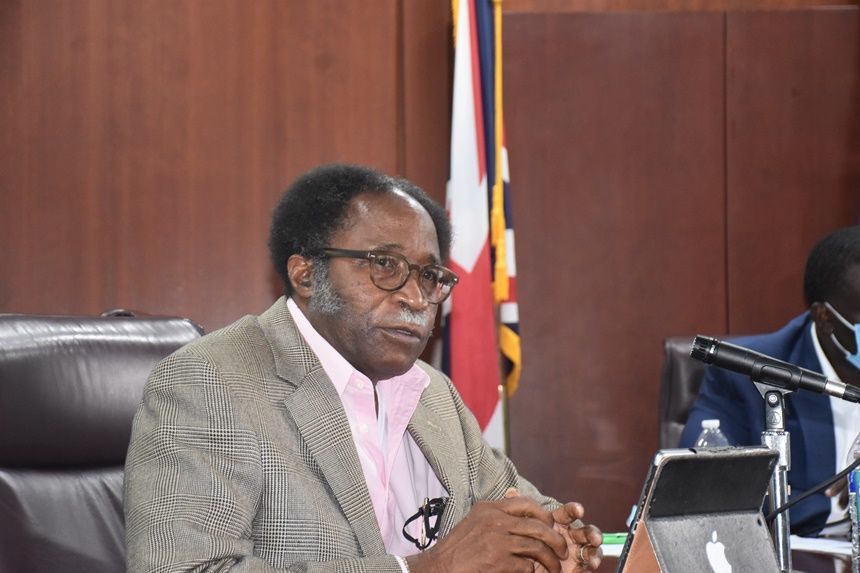 Third District Representative Julian Fraser has sought to set the records straight by reminding residents that roads on private estates are not the responsibility of the government.
Fraser said the government has no responsibility to maintain these thoroughfares, which he referred to as “estate roads”.

But he said some of his constituents have criticised him for not maintaining these estate roads that are sometimes dangerous for persons who use them.

“What is happening is: some of the landowners undermine the roads and the roads cave in. When that happens they need a retaining wall. Like I said, the road doesn’t belong to the people who own the plot, it belongs to the people that sub-divided the estate — it’s a private road. But again, it’s a danger to the motorists when the road caves in,” Fraser explained.

He said he used to maintain estate roads in his constituency in the past just to ensure the safety and comfort of the people who have to use them. But he said this has led many to believe these roads are the responsibility of the government.

“But the truth of the matter is, it’s an estate road. It’s not the government road — it belongs to the estate. The government has no obligation other than the fact that as a good representative, who loves his constituents, I go in there and pave the roads,” Fraser clarified.


While setting the record straight for residents, Fraser expressed that although these roads are not the responsibility of the government, lawmakers have to get involved and construct retaining walls as the problem will persist if the state doesn’t intervene. But he bemoaned the fact that he isn’t able to collaborate with the Ministry of Finance to get the roads fixed like he was able to do in the past. He said this is because of the Commission of Inquiry recommendations have caused changes to the way taxpayer dollars are spent and are, therefore, making it difficult for the government to help people.

“There was a time – 10 years ago maybe – a district representative could find a way between the Ministry of Finance to get the finances to erect that (retaining) wall. But now today things are so different. What are we supposed to do? I’m sure this is happening in more than one district,” Fraser said.

He continued: “We cannot allow our citizens to live their lives in danger. If we allow that, we might as well go home because what we are saying is that the government is helpless. We have to find a way collectively. It’s not a Third District problem, it’s a territory problem. And it comes right back to the Minister of Finance,” Fraser said.
#Commission of Inquiry
Add Comment