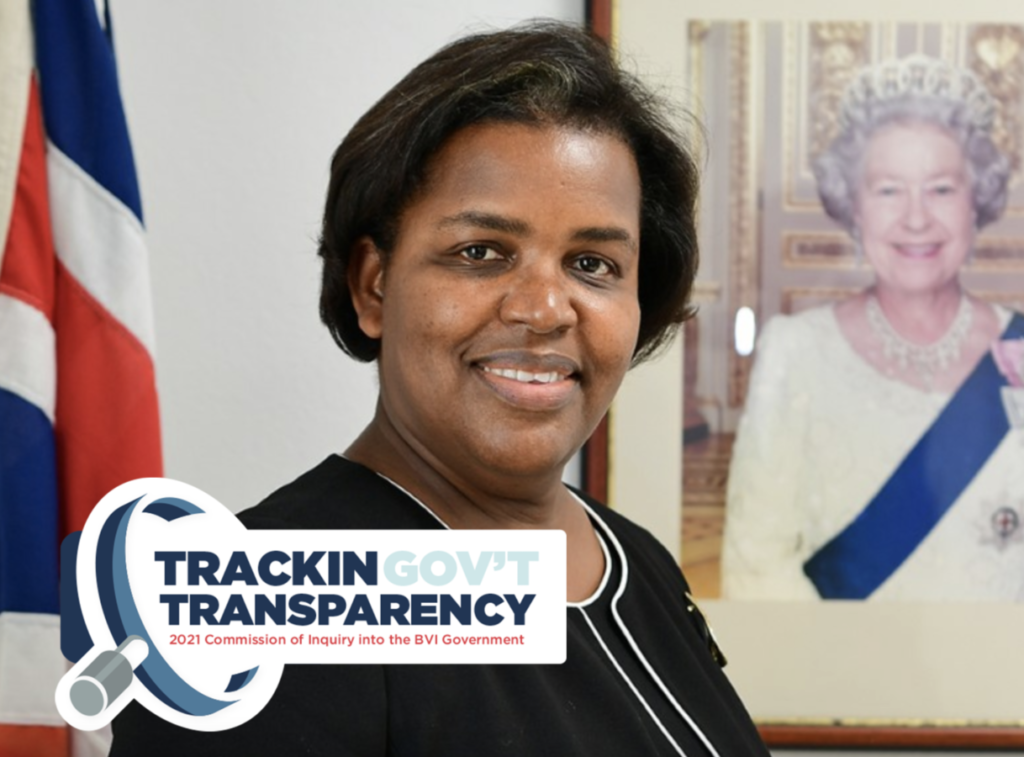 The Commission of Inquiry (COI) has indicated it is satisfied there is no conflict of interest involving the government-sanctioned internal review that was believed to be something being done in parallel to the COI.

The government announced the review on Twitter and later on its official website where it purported that the statement was issued by the Governor’s Office. This, among other things, raised the concern within the COI that the public has been given the “unequivocal impression” that the Governor ordered the review in parallel with the COI his predecessor had established.

In responding to the concerns, Attorney General Dawn Smith verified that the Governor’s purported association with the review was a clerical error.

She also said the announcement of the review was made days before the Cabinet discussed or made decisions on it.

AG Smith has since shared the gist of those Cabinet decisions and they indicate that neither the tweet nor the press release gave a clear or, accurate representation of the review.

Smith further told the COI the intention behind the review is merely for her to “lodge submissions and information on matters subject to the COI on behalf of the [government] ministers, etcetera”.

As it relates to Sir Geoffrey Cox who was instructed to conduct the review and whose law firm the government has acquired to represent them in the inquiry, AG Smith said he will “assist her in preparing those submissions”.

With that clarification from the AG, Commissioner Sir Gary Hickinbottom said “the additional concerns about conflicts of interest diminish”.

“I thank the Attorney for her helpful submissions and clarification. However, I am nearly four months into a six month COI. It is disappointing that the intentions of the Ministers etc with regard to their proposed course were not indicated to the COI earlier. It is disappointing that the first the COI knew of those intentions was a tweet and a press release, neither entirely clear or accurate, and apparently made some days before the Cabinet discussed the issue of the form of participation in the COI. It is disappointing that, even now, the work on preparing the submissions appears not yet to have started. There is no indication in the Attorney’s submissions as to how long the exercise of preparing the written submissions (presumably with supporting documents) might take,” he then stated.