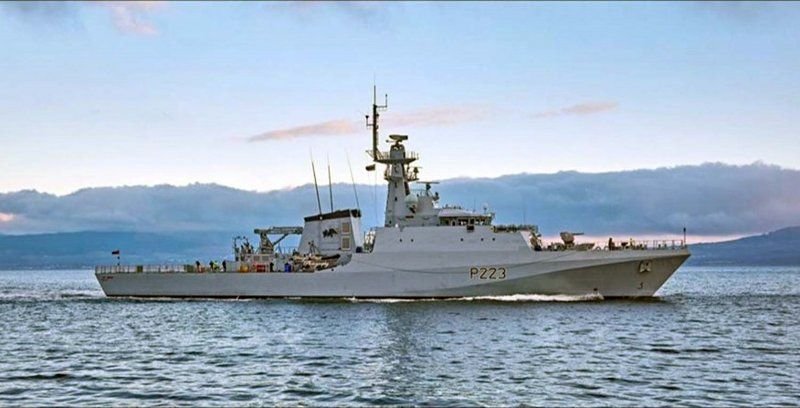 Governor admits HMS Medway's return is against will of VI

Following a decision to snub orders by the Premier, Hon Andrew A. Fahie to deny a request to have a United Kingdom (UK) navy ship come to the Virgin Islands to assist with border security, Governor of the Virgin Islands, Mr Augustus J.U. Jaspert has admitted his decision may have gone against the will of the people wanting to handle their own affairs.

“I know that people want [the] BVI to be able to take care of its own affairs as much as possible. I understand and fully support this. Therefore, I am working to develop a package of support that will enhance our local capabilities and put in place more permanent surveillance systems to improve security and curb illegal smuggling,” he said.

Following a decision to snub orders by the Premier, Andrew A. Fahie (R1) to deny a request to have a UK Navy Ship come to the VI, Governor of the Virgin Islands, H.E. Augustus J.U. Jaspert has admitted that his decision may have gone against the will of the people wanting to handle their own affairs.

The Governor was at the time speaking in a Friday, September 25, 2020, statement where he also claimed the decision to snub the Premier came after his office listened to voices of not only in the Joint Task Force but also to those in the VI community.

It remains unclear if and when the Governor or his office had community consultations regarding his decision to have the UK navy ship return.

Further, in withholding full details of the security plan, “What I will say, for now, is that we need to send a clear message to those involved in illegal activities and smuggling across our borders that it will not be tolerated. For every illegal landing on our shore, the risk of COVID-19 re-infecting our community returns.”

He said the return of HMS Medway and the security support from the UK will send a clear message of the UK’s unwavering commitment to the people of the VI and building capability of the Territory for the future.

Premier Andrew A. Fahie in August 2020 had declined the offer while noting that UK military presence was needed in the territory and that the Virgin Islands can handle its current border security issues.

“This support will be fully funded by the UK Government, and contributes to ongoing efforts by our regional and international partners to tackle smuggling in this region,” Governor Jaspert said.

Premier Fahie in August 2020 had declined the offer, while noting that UK military presence was needed in the Territory and that the Virgin Islands can handle its current border security issues.

The heavyhandedness of the Governor comes at a time when the Virgin Islands prepares for Constitutional Review and seeks to have more autonomy.