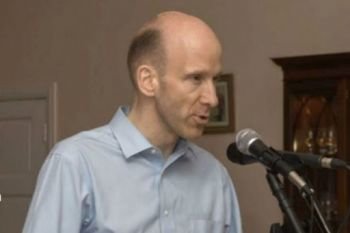 Governor of the Virgin Islands, His Excellency Augustus J.U. Jaspert is under more fire, this time, over statements he made that the House of Assembly (HoA) discussed a report that was the subject of a criminal investigation.

In a letter dated June 15, 2020, and revealed publicly to the HoA at yesterday's June 26, 2020 sitting, House Speaker, Hon Julian Willock told legislators that statements made by the Governor on June 9, 2020, totally misrepresented what happened in the HoA with respect to the handling of the BVI Airways Audit report when tabled.

Statement 'prejudices the integrity of the House' - Hon Willock


The Governor in his June 9, 2020, statement, said, "Now that the report has been through the proper process and has been discussed by the House," it paved that way for updates from him, on actions at hand to address concerns raised within the report.

"Governor, your statement that the Report was 'discussed by the House' is totally inaccurate, erroneous and prejudices the integrity of the House of Assembly (HoA), all of its Members and the Honourable Speaker," House Speaker, Hon Willock noted.

The Speaker in his letter said that when the report was tabled by the Premier in the HoA on May 28, 2020, Hon Andrew A. Fahie (R1) disclosed that the contents of the report was the subject of a criminal investigation and therefore, under the Standing Orders 38 (2), Members were cautioned against discussing such contents.

The Speaker said further, during the deliberations, he took great pains to ensure that Legislators did not discuss the report since it was under criminal investigation, to which House members agreed.


"This is of significance, as it highlights that all Members of the House respected and adhered to the Standing Orders, therefore, the Report was never discussed as you declared in your public statement."

According to the Hon Willock, given the statement did not accurately reflect what happened in the House, there is a possibility of future negative implications with regards to criminal prosecutions.

"With that said, I humbly suggest and request that you correct your statement on or before June 25, 2020. While I am very anxious to see this matter go away, I also suggest that an apology to the Legislative branch on the late arrival of the report could be an additional step in the right direction," he said.

While there has since been no response from Governor Jaspert by the June 25, deadline, the Speaker's letter was also copied to all Honourable HoA members and to Ben Merrick, the UK Director of Overseas Territory at the Foreign & Commonwealth Office.