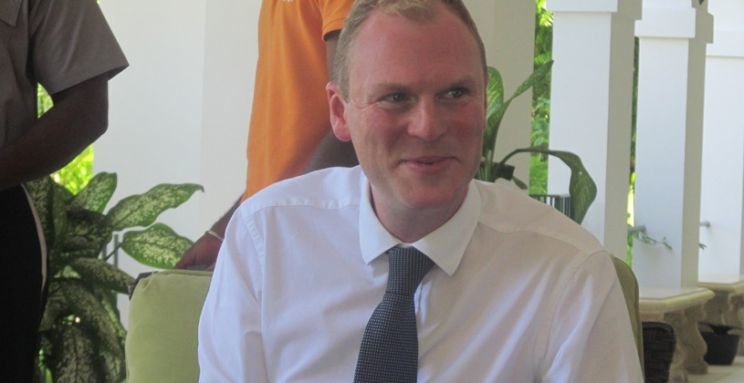 Government Consultant and host of the Honestly Speaking Radio Programme, Claude Skelton Cline has not taken too kindly the statement by Governor Augustus Jaspert that while slavery was horrific, the United Kingdom has not taken a position on reparations.

Speaking during a live interview with 284 media on Monday Governor Augustus Jaspert was asked: “Do you think an apology is warranted and those descendants of those enslaved should be compensated?”

The question was asked on the backdrop that the BVI also had slaves and by extension, their lineage lives on.

He replied: “I think it was a horrific period in British history, and a disgusting approach was taken in terms of how people were treated less than people, and I think this should never be forgotten. In terms of the past, I think it is an issue that I think is right to recognize and to think through in terms of ensuring that we keep on tackling and challenging any injustices.”

He continued: “In terms of specifically on reparations I know that has put forward a lot, but it is not a position that the United Kingdom has taken, it is not something that here, is in a position, but I think it is always worth ensuring that we learn the lessons from the past and we reflect on what a horrific period in our history that was.”

We Need An Apology

Speaking to the issue on Tuesday, September 8, 2020, during his show, Skelton Cline asked: “How much longer we as a people will continue to tolerate this kind of a treatment from the United Kingdom and its representative?”