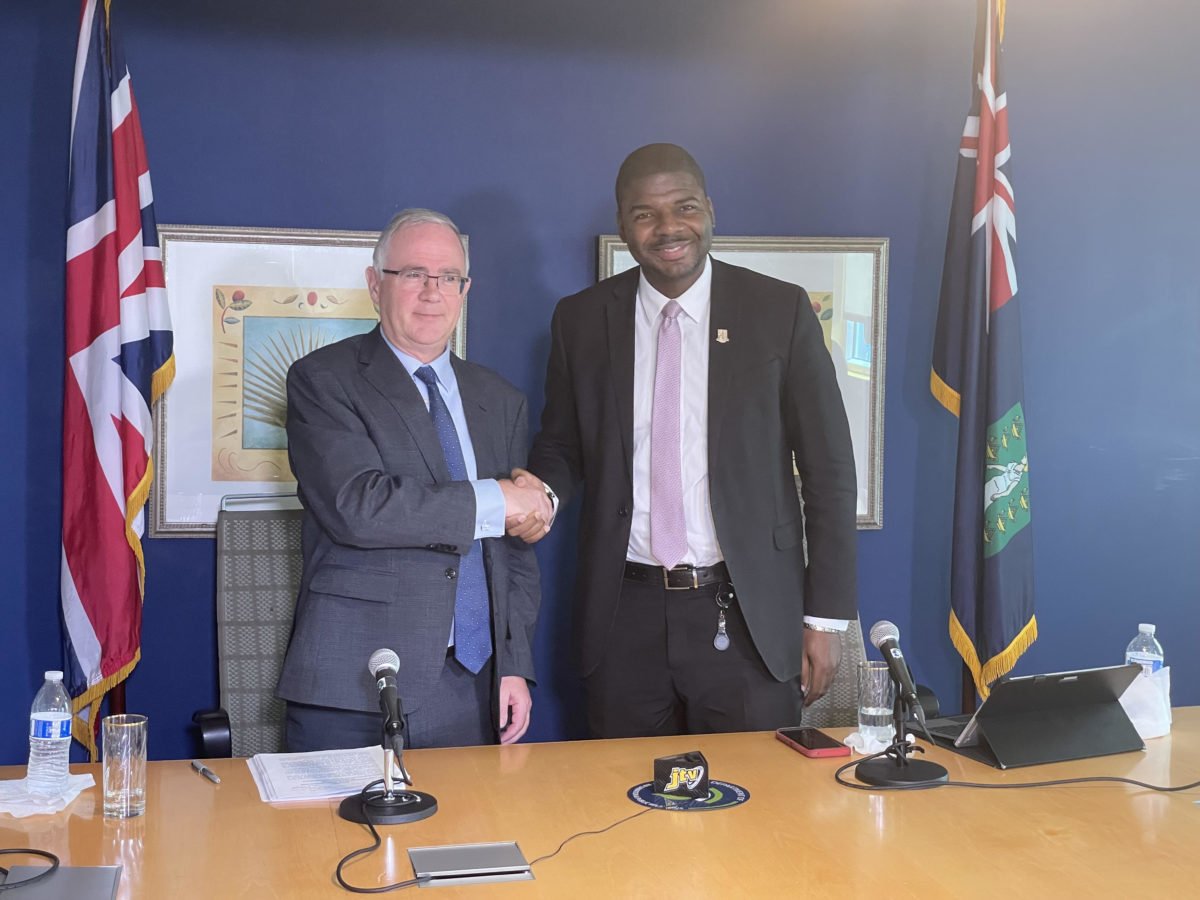 A missed deadline by the House of Assembly (HOA) to pass the new Register of Interests (ROI) Act has not been viewed with great concern by Governor John Rankin.
According to the government’s framework on Commission of Inquiry (COI) reforms agreed to by the United Kingdom, legislators were expected to pass the new ROI Act by June 30.

However, the HOA was recessed and legislators never returned for debate even though they said they would return on that day to continue debate leading to the passage of the legislation.

Premier Dr Natalio Wheatley later stated that House Members wanted to offer the public a chance to make their input on the bill since it will not just affect legislators alone.

The Premier also said the government is fully committed to making the register public and said there will be no attempts to stop this from happening.

Governor John Rankin, when asked about the missed deadline said the important aspect of the issue is that the government has committed to having a public register and said if that requires more time for a consultation then he fully supports the move.

“I very much welcome the fact that the bill was introduced in the House of Assembly after agreement in Cabinet, but I also recognise that it’s quite a big bill and that the consultation which the Premier and the House of Assembly thinks is necessary is perfectly sensible. So, the fact that as of the stroke of midnight last night the act had not been passed, I don’t think is a matter for great concern,” he said.

He said part of the issue is that the bill that has been tabled in the House of Assembly does more than introduce a public register of interests.

“I think it’s entirely reasonable for the view to be taken and that some further consultation is required on that issue,” governor Rankin said.

With regards to penalties for missed deadlines for implementing reforms under the COI framework, Rankin said what the framework agreement refers to is a delay in meeting an implementation deadline by way of ‘deliberate obstruction’ or without a legitimate excuse.

“I am entirely satisfied that in this case there is no such intention and I fully recognise the approach that has been taken by the government,” Rankin added.

The Governor further stated that he is satisfied that there is goodwill all around to try to move forward on the issue.
#Commission of Inquiry  #John Rankin  #CoI
Add Comment