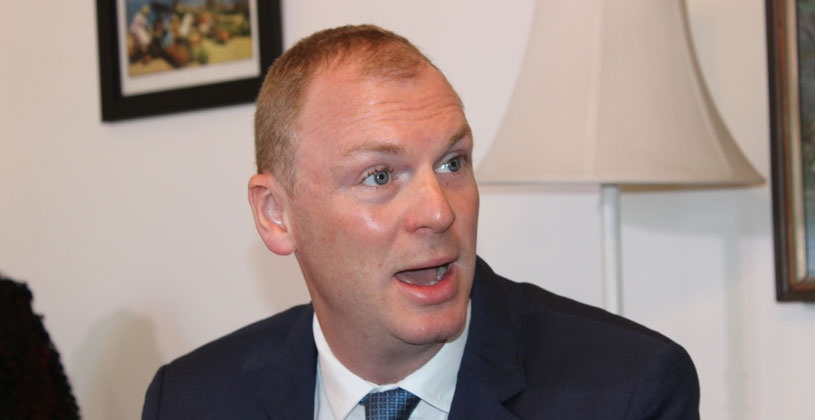 His Excellency Governor Augustus Jaspert has noted that there seems to be a misunderstanding among residents of the BVI over what the Governor’s role is in the Territory. This misunderstanding, the Governor said, results in a number of residents sending him letters and setting meetings to discuss matters that they are unhappy with.

During an interview with the Government Information Service, the Governor said that despite explanations of the Governor’s role, people still seek recourse from his office.

“I do get a lot of people coming to my office or writing to me. There’s a number of things – firstly, my office will direct them to the correct authority; normally that is a ministerial responsibility of the private secretary or at the Minister’s office; sometimes it can be things that the Ministry of state needs to deal with,” His Excellency stated.

Mr. Jaspert noted that people seem to still believe that his office can sort issues out, and so residents continue to complain at the Governor’s Office.

While the Governor said that he cannot solve the issues affecting the residents, he said that as Governor he can work with Government to ensure that certain things are in place.

“What I want to put the priority on is building up the institutions of the Territory so that they are fully transparent. People have quality in terms of how they are treated…If they’ve got a complaint against the service--we have a Complaints Commissioner. How does that Complaints Commissioner deal with that? If they can’t get a service from the public service, if they feel they're being victimized in a certain way...,” the Governor explained.

Further, the Governor disclosed that the Territory is making strides to have an integrity commission to look into and possibly investigate certain public concerns.

A number of countries have integrity commissions, which are units that are tasked with promoting and strengthening measures that are geared towards the prevention, detection, investigation and prosecution of acts of corruption.

In noting this stride, Governor Jaspert said, “Having for example something like an integrity commission, people shouldn’t be coming to the Governor and saying I don’t think this is right. Go to an appointed body who can actually investigate, look at it and do it in the correct way.”

In fact, the Governor noted that an Integrity Commission Act is something that the Government is looking at.

“With the support of the current and the former Governments taking forward new approaches to improve the transparency and accountability of good governance…Working on the Public Service Management Act, including Whistle Blower protection. Looking at the Integrity Commission Act or Integrity Act to bring forward proposals…that’s something with the new Government.”
Add Comment