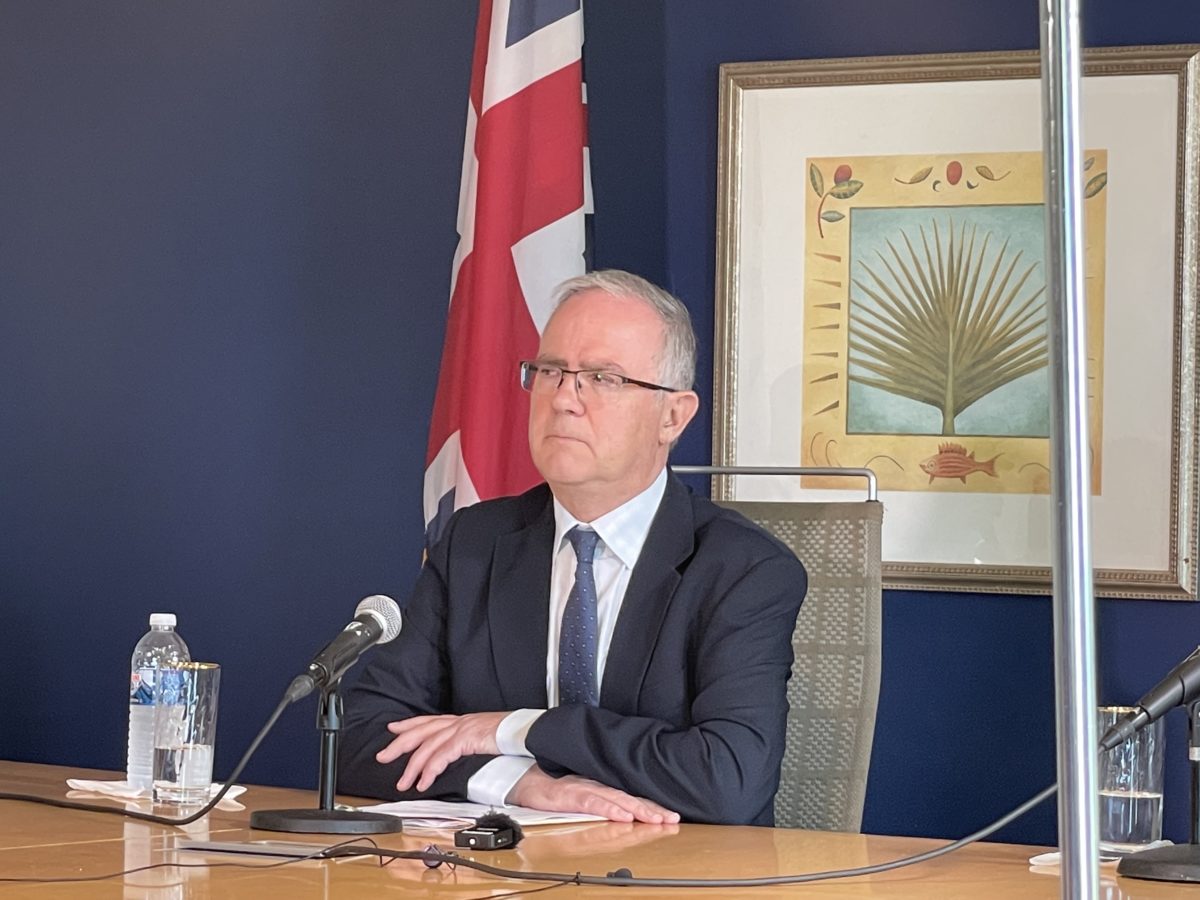 Governor yields, assents to Register of Interests Act with conditions

After months of deliberation, Governor John Rankin has agreed to give assent to the Register of Interests (ROI) Act passed in the House of Assembly (HOA) by lawmakers.
But Governor Rankin insists that his concerns remain over a lack of transparency in the legislature’s amendments to the ROI Act and has given the government one year to review the legislation to deliver on previously expressed commitments.

“After much consideration, I have decided to assent to the Act as passed by the House of Assembly. I do so in the hope that members of the public will make such proper use of the information contained in the Register as they can, and with a clear expectation that the House of Assembly will return to this subject within one year to design a new system for registration of interests,” Governor Rankin said yesterday.

According to the governor, the government committed in the Framework for Implementation of the Commission of Inquiry Report recommendations to make the Register of Interests public.

However, Governor Rankin argued that amendments lawmakers made to the legislation run counter to the principle of transparency and the government’s commitment in the framework document to make the ROI public. “At best, the Register will only be made public in a highly limited way,” he noted.

“The purpose of a public register is clear: to produce greater transparency around the interests of Ministers and others who are making decisions on behalf of the people of the Virgin Islands, including for example, about the use of public money in awarding of government contracts where ministers are involved, or the declarations of interests which might be directly or indirectly related to the business of government,” the governor argued.

He further noted that this can aid in promoting good governance and reduce the risk that a person has failed to register their interests properly, as clearly happened in the past with lawmakers.

The governor further explained that his expectation that the government will return to the legislation within that timeframe is hinged on the government’s commitment in the document to develop a new system for the registration of interests to cover both elected and public officials.

Both lawmakers and other public officials erupted over these proposed changes when the new legislation was first brought to the HOA by Premier Dr Natalio Wheatley, forcing the government to go back to the drawing board and return with minimal changes to the previous Act.

The new system, according to Governor Rankin, should be based on international best practices, accompanied by an implementation plan inclusive of costs for the introduction and maintenance of the system.

While mentioning all the things he isn’t pleased with, Governor Rankin also reminded elected leaders that, “it is vital that the commitments made under the framework document are adhered to.”