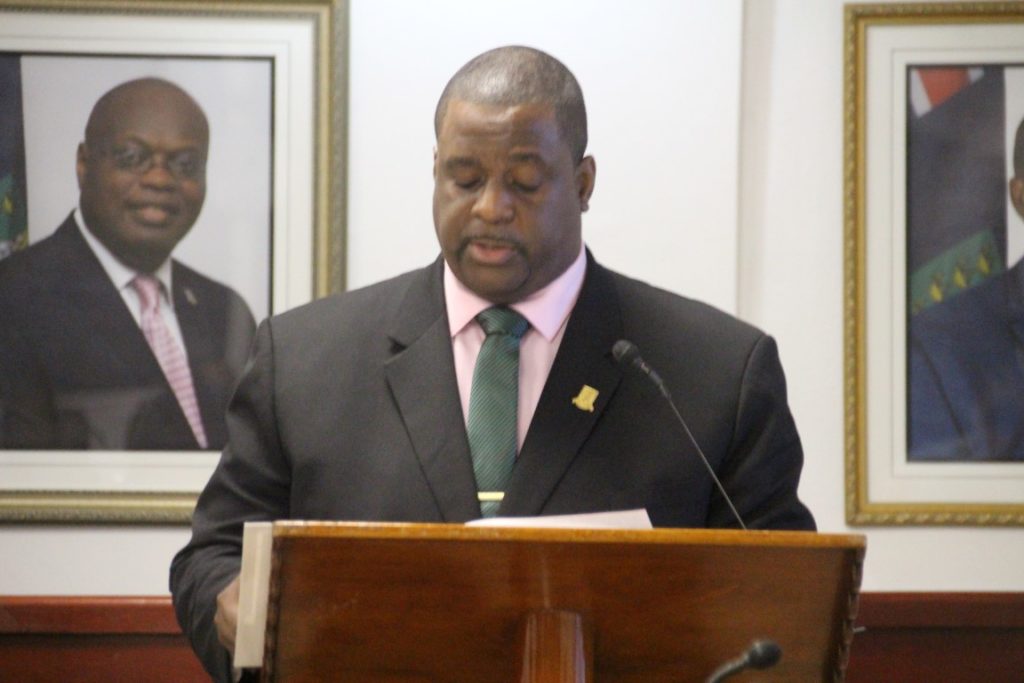 Govt’s committee for Willock matter a usurpation of the court?

A strong suggestion has been made that the committee established to ultimately determine if taxpayers should pay Speaker Julian Willock’s court injunction fees is a ‘usurpation’ of the Supreme Court, which had already ruled that Willock should foot the bill himself.

This suggestion came from government legislator Shereen Flax-Charles who supported Opposition Leader Marlon Penn’s counter-motion to the Premier’s resolution to set up the committee.

“We must stand in the way of any usurpation of the jurisdiction of the courts in the attribution of liability in the matter of the Speaker’s liability to pay costs personally,” Flax-Charles urged the House of Assembly last evening.

“To do otherwise would be to enfeeble the law with untold consequences. The disregard of the jurisdiction of the court and the law is the first step towards anarchy,” she added.

The first-term legislator also referred to January 6, 2021, Capitol riot in the United States and drew a parallel with the local community.

“It is so disheartening that while we tout democracy and freedom of speech, there are persons that cannot and refuse to want you to have an opinion on any matter, unless it is in agreement with what they feel or think,” Flax-Charles argued.

She added: “That is not democracy, and we have to maintain democracy, the rule of law, and the jurisdiction of the court.”

She said persons are watching House members and expect them to have integrity and to make decisions with a clear conscience.

Despite her statements, the Opposition Leader’s counter-motion that the court’s decision should be left undisturbed was defeated.

Only Penn, Flax-Charles, and Opposition legislator Melvin ‘Mitch’ Turnbull voted for the counter-motion.

Penn and Turnbull voted against the initiative while five legislators, including Flax-Charles, were absent at the time of that vote.

Premier Fahie has denied that the judge’s decision was being set aside, and said the House has the legal scope to indemnify the Speaker.

“I am not saying the House will do it or do it not, the law allows the House to do that,” he stated.

He said the committee simply seeks to conduct a fact-finding mission to determine whether the facilitating of the payment for Willock’s fees can be made or not.

Legislators Julian Fraser, Mark Vanterpool, and Vincent Wheatley are the three persons who will sit on the committee.