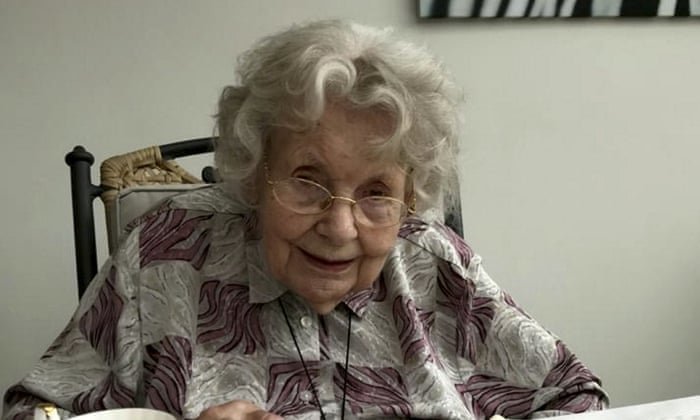 Rita Reynolds, 99, is believed to be the oldest person in Britain to recover from coronavirus

As the coronavirus crisis continues, it’s more important than ever to highlight the best in the people around us. Here is the latest dose of positive news.


A 99-year-old great-grandmother is believed to be Britain’s oldest person to have recovered from coronavirus – and it’s all down to her love of marmalade sandwiches, her family joked.

Rita Reynolds, from Bramhall in Stockport, fell ill with Covid-19 on 25 March, and her family were told to expect the worst after her conditioned deteriorated.

Staff at Abbeyfield care home kept Reynolds comfortable and ordered end-of-life drugs but against all expectations, district nurses said they believed she had recovered.

Henry Phillips, one of Reynolds’ grandchildren, said: “I was certain that was it for her. She’s 99 so obviously she’s frail – I didn’t think there was any way she would recover from it. But she seems to have done it.”

He jokingly added: “I don’t know how she got through it. I don’t think she has ever eaten a vegetable or fruit. She lives on marmalade sandwiches and biscuits. But she’s never smoked or really drank.”

Reynolds was a driver during the second world war, and aged 21 she survived a bomb that landed outside her home in Liverpool by hiding under the table, after refusing to get in the air raid shelter because she wanted to read her book.


Around the country, residents have been leaving gifts and messages on their wheelie bins to support the key workers collecting their rubbish each week.

Refuse collectors in Hounslow, west London, were even treated to a bottle of champagne on their round, along with dozens of morale-boosting notes.

“Thank you so much for working on the ‘frontline’! We appreciate what you do for us week by week and appreciate your reliability, energy and efficiency. Stay safe and wash your hands!” one message read.

Our waste and recycling crews are not normally greeted with champagne on their rounds! 🍾 🍾🍾

Bin collectors in Maidstone, Kent, have also been inundated with messages of support and colourful drawings.

“Dear Dustys, thank you for working during this scary time,” read one, while another said: “Thank you for all that you do! You really are our key workers.”

We are really grateful for all the messages of thanks our bin men are receiving! Thank you to everyone who has taken the time to create lovely pictures and written such kind words. They are so appreciated and really lifting everyone’s spirits. pic.twitter.com/UDQ1D6JVG7

Lighting it up for the NHS


A convoy of police cars lined up outside a hospital in Northumberland on Thursday night to flash their blue lights in support of the NHS workers inside.

They joined police officers around the country who descended on hospitals to show their support for NHS staff at 8pm for the “Clap for Carers”.

The officers from Northumbria police stood beside their vehicles and clapped, while staff from Northumberland specialist emergency care hospital in Cramlington looked on.

A number of Northumbria police cars also headed to the home of the former Sunderland councillor Margaret Beck, a much-loved community figure, who died on 27 March after contracting Covid-19.

PCSO Alison Ross said: “Margaret was an amazing woman, popular and loved by everyone.

“While tonight is all about showing our support to the NHS and to those people looking after us during this unprecedented time, I also wanted to make sure Margaret’s family, and the wider community, had an opportunity to pay their respects to a wonderful woman.”


Netflix for women in refuge

A women’s aid charity in Birmingham has raised more than £1,000 to provide Netflix streaming to families in refuge who have limited resources to entertain children.

Birmingham and Solihull Women’s Aid (BSWA) raised the cash needed to install the streaming service across its six refuge sites, at a cost of £200 a month, in just three days.

“These women have already left their home and, in some cases, all of their belongings behind and gone to live in a completely new place with their children,” said Anna Fawcett, the charity’s fundraising manager.

“This means they put on the telly and entertain themselves, have a film night, do something small with their children. It’s something that we all overlook, but everybody at the moment is making very good use of their streaming systems.”

With its two charity shops closed due to the coronavirus lockdown, BSWA had little other means of raising the funds needed, and Fawcett said they were overjoyed to have received the money so quickly.

“It just shows that when given the opportunity to help out, people really do dig in and think of others,” she said.