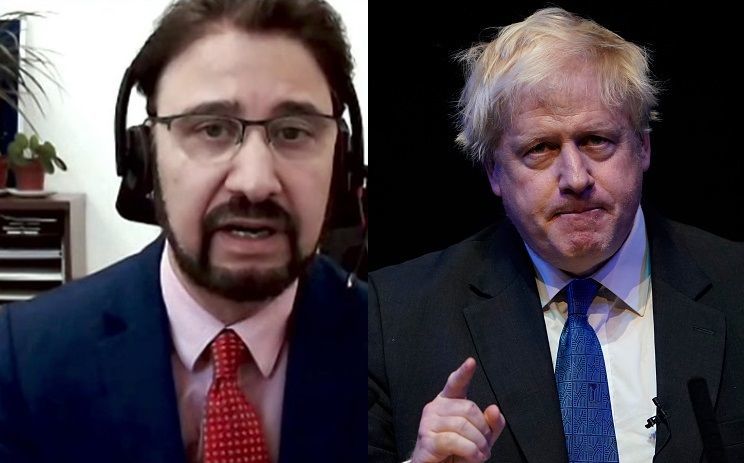 United Kingdom- Already faced with allegations of cronyism and corruption, the beleaguered United Kingdom (UK) Prime Minister Alexander Boris de Pfeffel Johnson ‘aka ‘Boris’ has also been blamed for mishandling the COVID-19 situation in the UK, resulting in the deaths of tens of thousands.

The UK, according to the Mirror, has the fifth-highest COVID-19 death toll in the world after repeated indecision by the PM and ministers throughout the pandemic.

And now, a Labour Member of Parliament (MP) who lost an entire generation of his family to COVID-19 has urged the prime minister to commit to a full inquiry into the pandemic.

According to the BBC today, March 24, 2021, Afzal Khan said he could not hold his mum's hand as she lay dying, and lost his father and mother-in-law within days of one another.

"Grieving families like mine deserved to understand what happened," he said in an emotional appeal.

UK PM Johnson, who is backing a controversial, colonialistic, and highly suspicious Commission of Inquiry (CoI) in the Virgin Islands, claimed he was "of course committed" to holding an inquiry "as soon as it's right to do so".

Speaking at Prime Minister's Questions, Mr Khan, MP for Manchester, Gorton, said: "Grieving families like mine want, and deserve, to understand what happened and if anything could have been done to prevent this tragedy.

"So will the prime minister today commit to launching a full public inquiry into the handling of the pandemic as soon as current restrictions are lifted?"

Mr Johnson, according to the BBC, replied: "As soon as it would not be an irresponsible diversion of the energies of the key officials involved, we, of course, are committed to an inquiry to learn the lessons to make sure that something like this can never happen again."

He described the 126,000 deaths linked to Covid-19 as "shocking", adding: "Behind every one of those numbers is a grieving family.

"As soon as restrictions lift, there must be a full public inquiry because that is the only way we can get to the bottom of the many mistakes made during the pandemic and find justice for those who have suffered so much."

According to the BBC, in July 2020, the prime minister promised an "independent inquiry"; last week Housing Secretary Robert Jenrick said now was "not the time".

He told Radio 4's Today programme there would come a time when the government could do something "more formal, look back and learn the lessons" but the "sole focus" now had to be on the vaccine rollout and the economic recovery.

An insider reportedly told the Mirror the government "lost weeks", despite having an advance warning of the horrors of the pandemic from European countries such as Italy.

It is also being reported that Ministers feared that lockdowns would trigger riots as they were unsure if the public would accept restrictions.

One of the biggest criticisms of the UK Government's mishandling of the COVID-19 pandemic is allowing the Cheltenham Festival, a horseracing event deemed a 'super spreader' by some, to go ahead in March last year.

Over four days, 251,684 racegoers attended. Amid media criticism over the event, the organisers would later cite PM Johnson’s contemporaneous attendance at an international rugby match as a reason not to cancel the event.