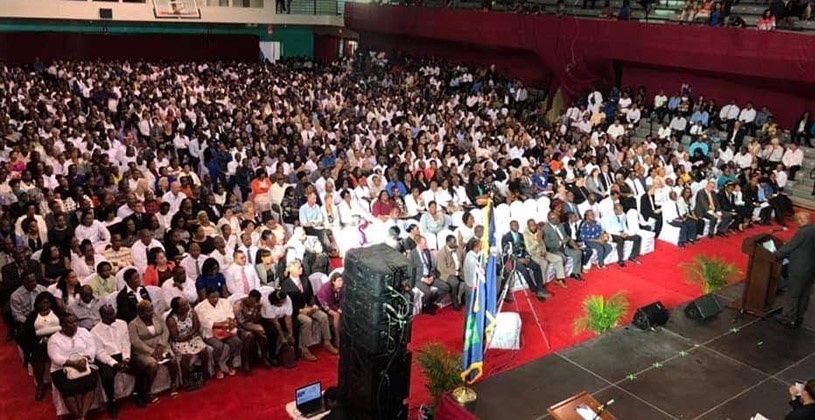 Although a public ceremony was held, Premier and Minister of Finance, Hon. Andrew Fahie, is being pressured to release the names of the 1,500 recipients of Residency and Belong Status.
Virgin Islands Voice, a group which describes itself as a watch dog for issues affecting the Virgin Islands and Virgin islanders, issued the challenge to the Premier in a statement to the media.

"We, the people of the Virgin Islands, do hereby request a publishing of the names of persons that have received status. This publication should also include criterial of each. We further request a formal review of this list to ensure that all recipients met the necessary requirements and that the system remains transparent," Virgin Islands Voice stated.

Government on December 17, held a mass Belonger and Residency certificate ceremony at the Multipurpose Center. The more than three hours ceremony saw persons who participated in the Premier’s Fast Track programme that was launched in May and those whose applications for Belonger status that languished for years, all receive certificates of Residency and Belonger status.

"It is clear to this group that concerned Virgin Islanders are not a priority to him," the group stated.

One of the two meetings was streamed live via Facebook and ignited emotions across the Territory, eventually leading to some members of the group who met with the Premier openly apologising for their views.

According to the Virgin Islands Voice instead of a third meeting, the Government embarked on the ceremony.

"Interestingly, to date, there has been no public notification, as is the norm, of how many were granted what status," the group stated.

The group called the ceremony outrageous and tantamount to a betrayal of trust and blatant disregard for the well-being of the people of the Virgin Islands and this Territory.

"We cannot continue this “Cart before the Horse” manner of governing. What is also of great concern is that there may have been persons who were granted status who did not meet the 20 years minimum requirement," Virgin Islands Voice indicated.

The Virgin Islands Voice called on the Premier to reflect on such actions and refrain from continuing to 'jeopardize our children’s future'.

"We are calling on each member of this House of Assembly particularly those that constitute the Government to stand up for the people that elected you and for the betterment of the Virgin Islands. Do not continue to be perceived as inactive participants as the very fiber of what we stand for as a people is being destroyed," the group stated.
#Fahie  #Facebook  #the Virgin Islands
Add Comment