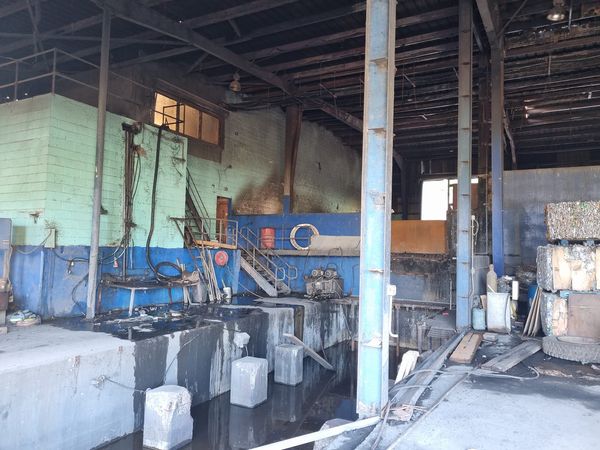 Health Minister Carvin Malone has lashed out at the contractor responsible for replacing proprietary equipment at the Pockwood Pond incinerator plant in the wake of yet another disastrous fire at the facility.

The government inked a deal with Consutech Systems LLC in 2019 for the replacement of a control panel as well as other equipment after a 2018 fire.

But Malone, who has responsibility for waste management, said the government has not been pleased with the deliverables.

“This incinerator has been plagued with issues. The conveyor belt needs to be replaced, we provided the money and the delivery of it is not in a manner which we are pleased,” Malone said recently.

“This is the same company which we were having issues in terms of the scrubber [device used to filter noxious fumes emitting from the incinerator] and internal conveyor belt so we are looking in terms of how we can get this done in a manner which makes sense to the public, to us, and in terms of safety for proper disposal of waste,” the Health Minister stated.

He added: “The actual scrubber is a story of four, five, six years. We’re not pleased with that. Other major equipment that this company should be sending, we are not pleased with the delivery of these but we will keep pushing because it is proprietary equipment so only that company could supply those particular parts.”

Minister Malone said Monday’s fire was a significant setback to plans being made to have the incinerator fixed and expressed that the plant was now fully inoperable.

He also frowned on the fact that there is now a ‘zero treatment capacity’ at Pockwood Pond because two incinerators had now been damaged.

Meanwhile, Malone said officials have also been examining ways of upgrading the solid waste treatment in the BVI.

The government signed a $400,000 contract in August last year through the Recovery and Development Agency (RDA) with Wood Group UK Ltd for the designs and ultimate contracting of a modern means for managing waste in the territory.

According to a government release, the contract entailed a feasibility study to develop a sustainable and modern landfill that contributes to a responsible and circular management of waste within the BVI.

The Health Minister shared a glint of optimism after noting that he had spoken to agents at the RDA who are overseeing the process and said they will reach out to the Wood Group so that the process to get equipment in can be fast-tracked.

“We can hasten that particular contract for the specification of the drawing so that we can then send this out to bid and get this equipment in as soon as we could,” the minister said.

“We are in the advanced stages of it and we’ll have to now propel it even more now that [a fire] has occurred again,” he added. “The quicker that we can get the new plant in or the refurbishment of this plant then the better for everyone involved.”