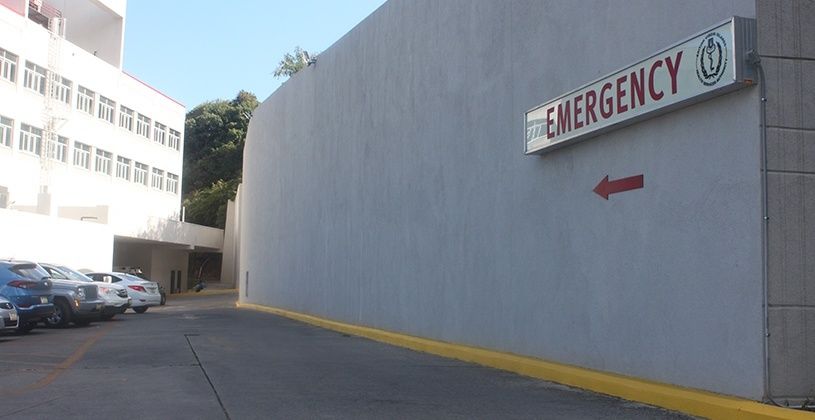 The BVI Health Services Authority (BVIHSA) has provided an explanation following public criticisms from the public regarding the slow response to the accident involving a pedestrian and an SUV on Friday, March 11.
According to the BVIHSA, the Emergency Services Unit of the Dr. D. Orlando Smith Hospital received a 911 transfer requesting emergency response service for a pedestrian who was involved in a traffic incident.

"A review of our response and call logs detailed that the call was received at 4:54 p.m. The ambulance departed the Ambulance Bay at 5:30 p.m. and arrived on scene at approximately 5:33 p.m." the BVIHSA stated.

It must be noted that the accident occurred along Waterfront Drive, a short distance away from the hospital. There are concerns that the woman injured in the accident laid on the road for quite some time before medical help arrived.

The BVIHSA confirmed that the ambulance crew was in the process of responding to an earlier call when the mentioned call was received.

As a result, the BVISA stated that assistance was sought from the BVI Fire Department; which is customary during such instances.

"In addition, our on-call support team was immediately paged to provide the additional medical support necessary when responding to such emergencies. Time between the request for service and response also included donning of necessary PPE’s as part of our COVID-19 Emergency Response Protocol," the BVIHSA stated.

The organisation explained that it understands the concerns expressed by some persons within the community about the incident and assures that they continue to make every effort to provide quality health services to the Virgin Islands community.

"In light of the expressed concerns, we would like to take the opportunity to sympathize and apologize for any anxiety experienced as a result of this unfortunate incident," the BVISA stated.
#the Virgin Islands  #COVID-19  #Covid
Add Comment