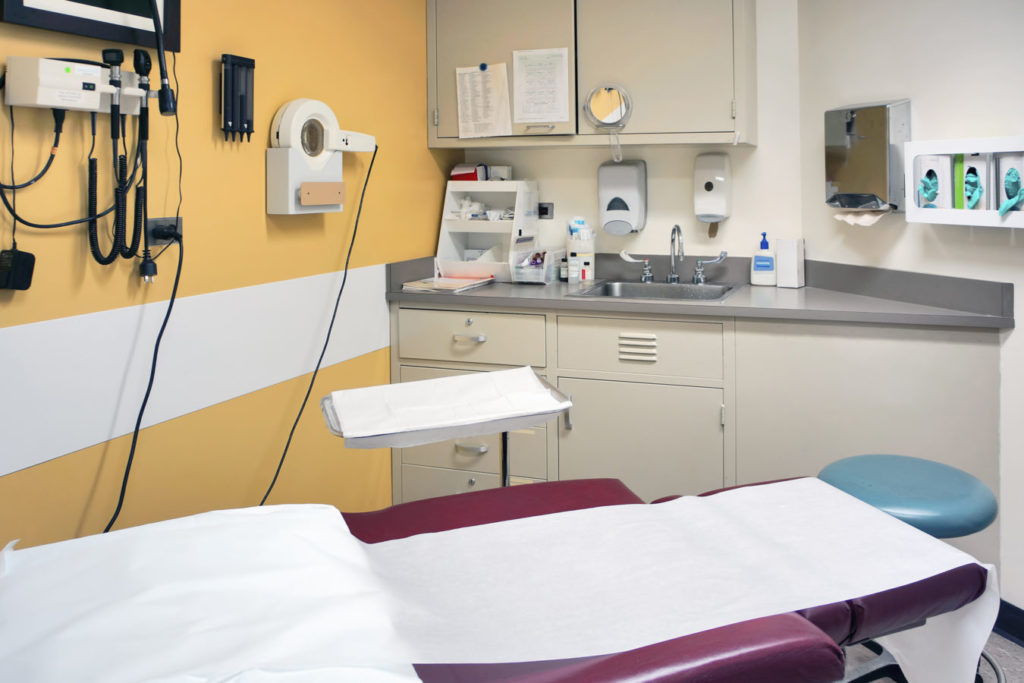 The territory’s sole correctional facility will soon have the capacity to handle certain medical needs of inmates in the comfort of an internal hospital ward.

Acting Superintendent of Prisons, Mario Christopher said this was one of the ongoing changes taking place at Her Majesty’s Prison in Balsam Ghut.

The hospital ward is located where the chapel once was while the chapel has been moved to a new location outside the prison’s gym facilities.

Christopher described the move as necessary.

“So instead of having to send inmates to the hospital for minor things that they might have to overnight for, we can do all of that here,” he said.

According to Christopher, the prison pushed to have this facility due to a recent issue at the Dr D Orlando Smith Hospital a few months ago where there were three inmates at the hospital at one time.

“The hospital was not able to house them in one single area, so that cost us, three staff, so our resources were depleted guarding the hospital when they should be guarding the prison,” Christopher further explained.

In the meantime, Christopher said his stint as the Acting Superintendent went smoothly. He said Superintendent of Prisons Verne Garde left the territory for his annual vacation on March 19 and returned on July 12.

He said after his two-week quarantine, Garde commenced work on August 6 and Christopher will officially hand-over the reins to him sometime this week.

“In his absence, the compound continued to function as normal as if he were here because one of the things Mr Garde did is that he structured things in such a way that whoever is in the superintendent’s chair merely has to follow the plan. So there was no adverse situation that we encountered in his absence. One of the things we are proud to say is we had no serious incidents, we had no escapes, and given the current pandemic situation, we had no cases of COVID-19 detected within the prison,” Christopher said during an interview on Tuesday.

He said when COVID-19 was detected in the territory, they took ‘extreme measures’ and some of these measures included inspections as well as lecturers on the hygiene and sanitization protocols by the Ministry of Health.

“We also took the opportunity to draft a pandemic plan which we didn’t have before and so we coupled the pandemic plan with our hurricane disaster plan, and we also put in a business continuity plan in the event that something were to happen that the prison could continue to function,” he explained.

Christopher said the prison further identified an area for isolation, which can house up to 10 persons for quarantine purposes if needed.