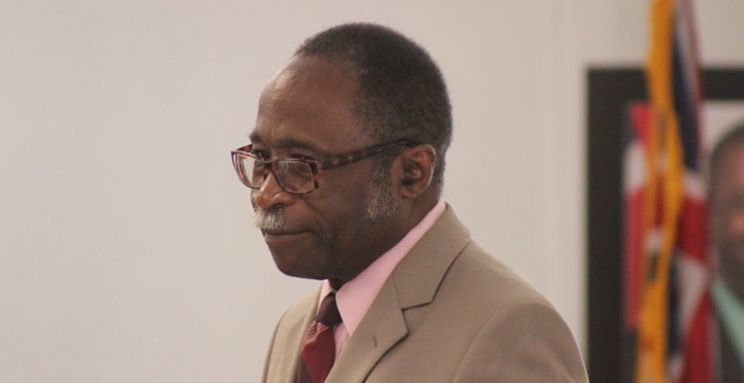 HoA Has Become A House Of Comedy

Member of Her Majesty’s Opposition and Third District Representative Hon. Julian Fraser has lamented that the current House of Assembly (HoA) has become a source of public amusement and could be remembered as perhaps the worse in history if something is not done to address pertinent issues.

Hon. Fraser made the comments during a press conference called by the Opposition on Wednesday, 30th September 2020.

“Our situation in the HoA here it has become a house of comedy right now. Where we supposed to start at 10 am, and sometimes you don’t get started until midday. For instance, yesterday [Tuesday] it was 11:41 am I got a message from the leader of the Opposition saying ‘we are about to start,” he remarked.

The Opposition member said the HoA is being operated as “an extension” of the Office of the Premier.

“I have seen us come there, start a session and one hour later or less even before we sit down, you are hearing that the sitting is in recess till two days later or whatever the case is because the Premier has to go somewhere. Why you think he has a deputy? We have gone on a five-minute recess, this happened last week and while I’m sitting there waiting for us to reconvene, 15 minutes later the Speaker I think came out and told us we are taking a lunch break because members out there eating so we cannot come back right now until hours later,” Hon. Fraser stated.

He said while members of the public are waiting for the House to resume, nothing is happening because they are on recess.

“So there is no disrespect when you see our seats are empty, you have to know this, it was 2:30 in the morning when he said that,” he said, referring to Premier Andrew Fahie pointing out that the Opposition had exited the HoA before the sitting was over for the day.

Hon. Fraser added, “Whereas the Standing Orders in the HoA shall not go beyond 9 pm. You cannot try to abuse your privilege, to have your Speaker stay there until 2:30 in the morning and expect members to do the same. You might be able to get your members on your group to do it, but it is a stretch to go beyond that.”