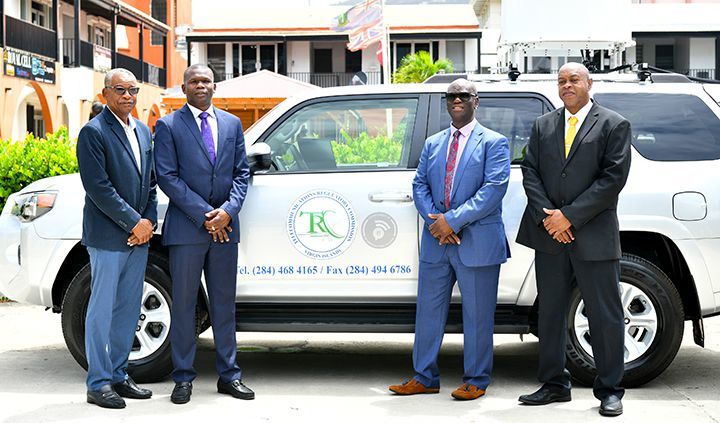 Deputy Premier and Minister for Communications and Works, Honourable Kye M. Rymer (R5), has pledged his support as Minister to the continued improvement of the Telecommunications sector in the Virgin Islands.

The Minister extended congratulations to the Telecommunications Regulatory Commission (TRC) and added that although the day is observed on May 17, the event was held after the date in a sub-theme, “Bridging The Generational Divide” and was an effort to bring awareness to the purpose of the TRC.

The Minister said the TRC also establishes and monitors the implementation of national telecommunications standards and ensures compliance. He said responsibility for the regulation of licensees and authorisation holders also rests with the commission.

Honourable Rymer added, “Ensuring fair competition among licensees and all other operators of telecommunication networks or providers of telecommunications services also falls within its purview. The TRC, where appropriate, investigates complaints by users of their failure to obtain compensation from public suppliers or other licensees in respect of rates, billings and services provided, and facilitates relief where necessary.”

Chief Executive Officer of the TRC, Mr Guy L. Malone stated that the team at the commission is working in an ever-growing and ever-changing industry, filled with unique issues and setbacks.

“We aim to be a top-class, innovative, regulatory body at the commission by flawlessly accepting those setbacks and facing them head-on,” Mr Malone said.

He added that the commission joins with the International Telecommunications Union (ITU) in its international 53rd celebration under the theme “Digital Technologies for Older Persons and Healthy Aging” and its sub-theme, “Bridging the Digital Divide.”

Meanwhile, Chairman of the TRC Mr Vance M. Lewis spoke of the importance of the internet for information, adding that digital technology has also changed lives in ways that hitherto would be unimaginable.

“As the regulator for communications in the British Virgin Islands, the TRC continues to celebrate this constant evolution, with increasing awareness of the vital role that communication plays,” Mr Lewis added.