Two members of the House of Assembly (HoA) who are on the verge of conducting business with the Government of the Virgin Islands have been exempted from vacating their seats in the HoA after motions brought by Premier and Minister of Finance Hon Andrew A. Fahie (R1) were passed without debate.

The motions were passed concurrently during the Second Sitting of the Fourth Session of the Fourth House of Assembly held at Save the Seed Energy Centre in Duff's Bottom, Tortola on March 10, 2022.

This means Deputy Speaker Hon Neville Smith (AL) and Opposition Member Hon Mark H. Vanterpool (R4) have been given the green light to remain Members of the HoA while conducting business with the Government. 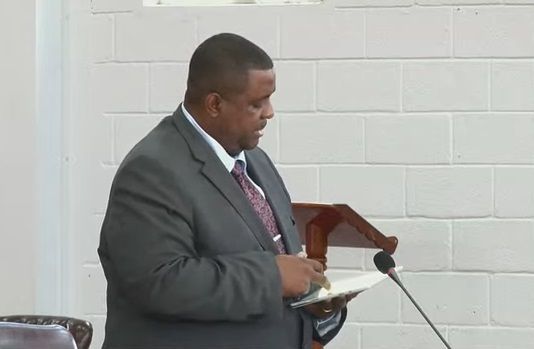 The motions to exempted the Members from vacating their seats in the House of Assembly were brought by Premier and Minister of Finance Hon Andrew A. Fahie and were passed without debate.

According to Premier Fahie, Hon Smith is a Director of Caribbean Security Ltd and the said company “is desirous of entering into a contract with the Government of the Virgin Islands for upgrades to the Attorney General’s Chambers security system including the access control system, installation of a PA system for the total of $33,149.12.”

The Premier said the contract is in the process of being drafted and this resolution was a request from Hon Smith to have him exempted from vacating his seat.

Premier Fahie said the contract was an existing one “for quite a while.”

Similarly, Opposition Member Hon Vanterpool is also seeking to do business with Government.

That company, on November 3, 2021, purchased a building located at Lower Estate, Road Town, and the 3rd floor of the building is being leased by the Government of the Virgin Islands for a period of two years.

He said the remainder of the said lease is to be transferred to Hon Vanterpool’s company and negotiations are ongoing to lease additional space in the same building.

No one debated the motions and they were subsequently passed in the HoA.