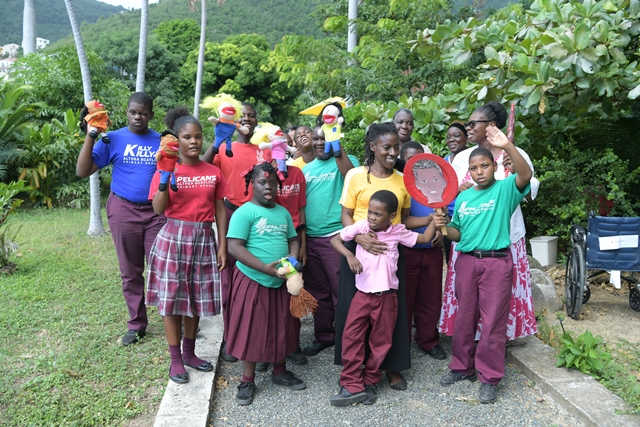 Despite being out of their John’s Hole-based facility for more than two years now, the staff and students of the Eslyn Henley Richiez Learning Centre are keeping hope alive that they would return to their own quarters sometime next year.

These were the sentiments shared by the school’s principal, Vansittart Huggins and the rest of the learning centre’s team in a recent media release.

The learning centre which is a facility for differently-abled students is being repaired from the massive structural damage it sustained during the September 2017 hurricanes.

The educational facility, which is still housed at the Althea Scatliffe Primary School in Road Town, observed its 47th anniversary this month.

The staff and students commemorated their anniversary at the J. R. O’Neal Botanic Gardens on Tortola.

“Our two guests were [included] Sister Veta Greenwood from the Long Look Full Gospel Sunday School. She is a supporter of the school. She presented the story Sammy’s Magic Stick,” Huggins said.

How the school started

The school was named after its first principal and was established on October 12, 1972, by the BVI Red Cross under the leadership of the wife of then Governor, D.G. Cudmore.

In those days, the school was called the Fort Charlotte Children’s Centre and was operating in an old Public Works Department storeroom at McNamara.

The school started with six special needs students, a janitor, and the principal. Students were admitted to the school on the advice of medical doctors and the territory’s Mental Health Officer.

The school relocated to John’s Hole in one of the government’s residential houses in 1997.
Add Comment