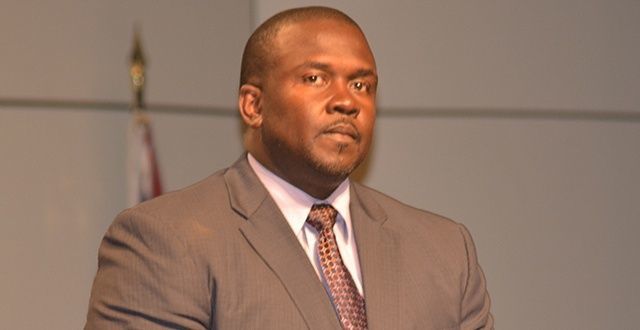 How Can That Be? Opposition Leader Questions $12M Revenue Growth During COVID-19

Opposition Leader, Hon. Marlon Penn has promised to seek detailed answers to the source of a $12 Million rise in revenue that the Government of the Virgin Islands reported last year at a time when the territory was in full lockdown due to the COVID-19 pandemic.
Premier and Minister for Finance Hon. Andrew Fahie informed the House of Assembly on March 10 that despite the floods and hurricanes of 2017 and the ongoing pandemic, “The revenue of the Government of the Virgin Islands continues to surpass the revised projected estimates for the periods 2018 to 2020.”

The Premier provided the dollar amounts for unaudited revenue from the government of the Virgin Islands excluding financial services, and total expenditure for the periods 1st January to 31st December in 2018, 2019 and 2020.

After hearing the figures, Penn asked Premier to explain the $12 million increase in revenue for 2020.

In response, Premier Fahie said: “We did some revenue measures, and some of them brought in some money but remember your question is void of financial services, so when you look at financial services revenue, it did drop of it being COVID-19. Overall revenue was down, but we continue to push some significant initiatives, whether it be through construction through different areas, and the government was able to do business with some of the amendments we came in here and make. So we were able to push forward with some revenues for 2020 beyond the other years, but overall revenue was down.”

Hon. Penn then pointed out that the details are needed because “it is virtually impossible for us to be shut down since March, just open up our territory in December, many of the businesses were closed, and you are saying that you had a $12 million increase during the time that we were shut down during COVID-19 than the year before.”

Premier Fahie said if the figures are analyzed in isolation, that would be the case.

“We had unexpected sales in natural resources and labour that came up with some stamp duty; we did have some other things coming up towards the end of the year that increased the revenue. So there were some factors that increased revenue, but when you add revenue together with Financial Services, revenue was still down.”

He said the stimulus received from the Social Security Board would have been recorded on the books under revenue.

“Premier, I hear you, but I cannot see how it is possible, but I will be back again with a subsequent question to get the details,” he stated
#COVID-19  #Covid  #Fahie  #the Virgin Islands
Add Comment