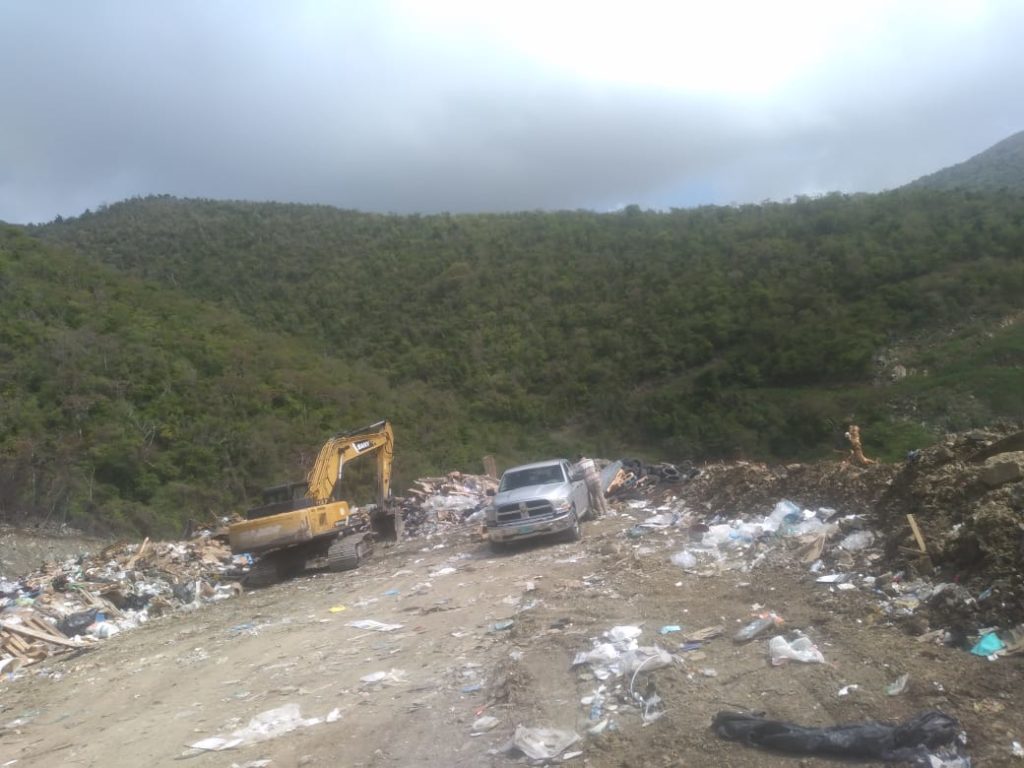 Now that the territory’s lone incinerator at Pockwood Pond is completely inoperable, all the territory’s garbage must now be buried. But Manager of the Department of Waste Management, Neville Allen Sr has said this will be done in a way that prevents a repeat of 2018 when trash buried at the Cox Heath Dump on Tortola spontaneously combusted and burned for several weeks.

Allen said the territory’s collection of garbage will still go to the incinerator plant before being transported to a landfill area located on a hill just above the Pockwood Pond-based waste facility.

“Through the use of trucks, we would spread the garbage out and cover with two or three inches of topsoil. If we leave it open, it will just catch fire and spontaneous smoking would occur and that would affect people in the western area,” Allen Sr said.

“Because of the dirt on top, it helps to prevent oxygen from getting to the garbage because the soil essentially prevents it from breathing. If it is in the open, it would actually ignite, but once it is covered, the possibility of a fire is small,” the Waste Management boss said.

Allen noted that the most important thing to aid in the combustion of garbage is oxygen and once that is eliminated from the equation through burying, then everything should be good.

Another landfill fire would be bad

He said a fire at the landfill could be bad for the health of the workers, the people in the surrounding area and for people located as far as St Thomas and St John in the neighbouring US Virgin Islands as they have complained about the smoke from landfill fires previously.

Allen also mentioned that the Department of Waste Management always tries to keep the fire department on standby in case of a fire as garbage fires are usually worse than other fires. He said once the garbage ignites, it is very difficult to get out.

Meanwhile, the Waste Management boss told BVI News that he expects the incinerator to be offline for a few months. he made it clear that the building at the waste facility will not be used as a holding area during this time.

“No garbage will be kept on the second-floor because that is where the garbage was placed before and what happened was that the garbage was sitting there it and it started to get warm which cause the flames to ignite,” Allen said while alluding to Monday’s fire that gutted the plant started.

“The person [who witnessed the plant fire] said he heard a huge explosion and when he went there, he saw a big fire. Though we had fire hydrant and hoses, we couldn’t get it under control. So, all the trucks are going to take the garbage straight to the [landfill] site. The garbage trucks that can’t go up the hill will have to dump it in the yard and the other truck will take it up, dump it, and bury it,” he said.