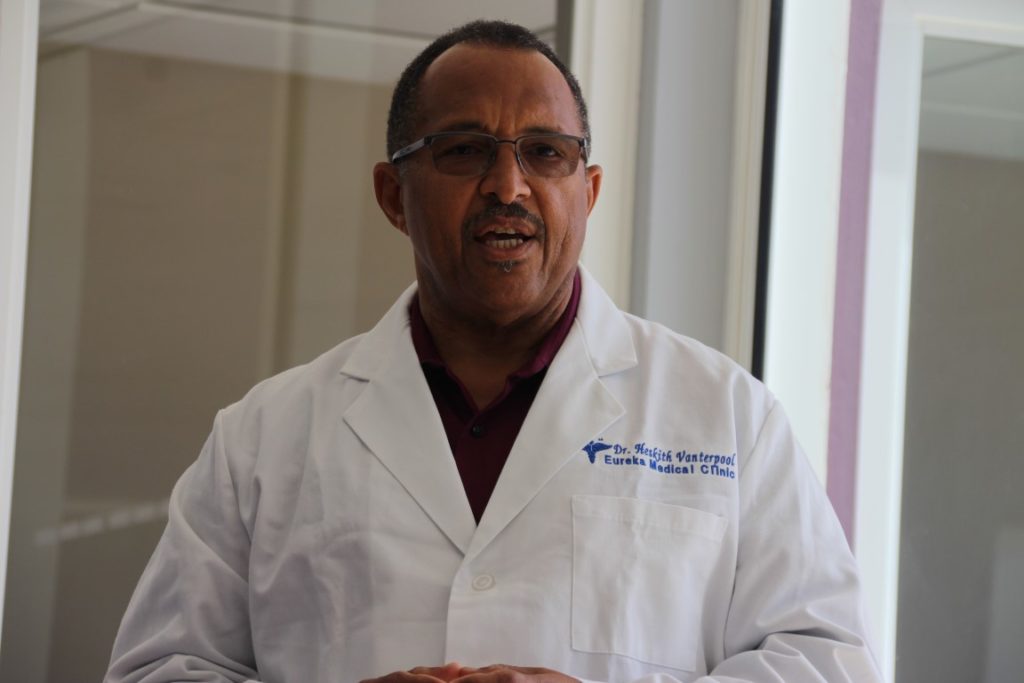 Owner of the Bougainvillea Clinic, Dr Heskith Vanterpool, is claiming that his one-year-old cardiac catheterization lab is under attack by persons who are diverting potential clients from his facility.

Vanterpool made the remarks on Saturday while speaking at a celebratory dinner to recognise the anniversary of the lab’s establishment.

“There is a group of mercenaries walking up and down through the Peebles (Dr D Orlando Smith) Hospital and picking up cardiac patients, discouraging them from coming to Bougainvillea cath lab or Bougainvillea services, and sending them to the United States,” Dr Vanterpool said.

“The leader of this group is not even a medical practitioner but walks up and down in Peebles Hospital where I pay my taxes to maintain. For a single phone call, they are charging exorbitant prices,” he further claimed.

The veteran businessman and private medical practitioner said since its inception, his cath lab has done more than 60 coronary angiograms, which is a diagnostic test that uses x-rays to take pictures of blood vessels. Of that number, roughly 25 patients required angioplasty - a surgical procedure done to restore blood flow through an artery.

“We have one cath lab that is functional in the British Virgin Islands right now, and it is doing an excellent job. I believe that the governments, politicians and various parties of this country should support what we are trying to do here rather than breaking it down,” Dr Vanterpool argued..

He added: “It is not an NDP thing, it is not a VIP thing. I have seen it over the years where people have been an obstruction to the local people developing your services and wanting to bring people from outside. I call upon the politicians - current and past. I call upon the people in the Ministry of Health to try and recognize [and] allow the local people [and] allow cooperation with our Caribbean brothers and sisters to offer these services in the BVI.”
Add Comment