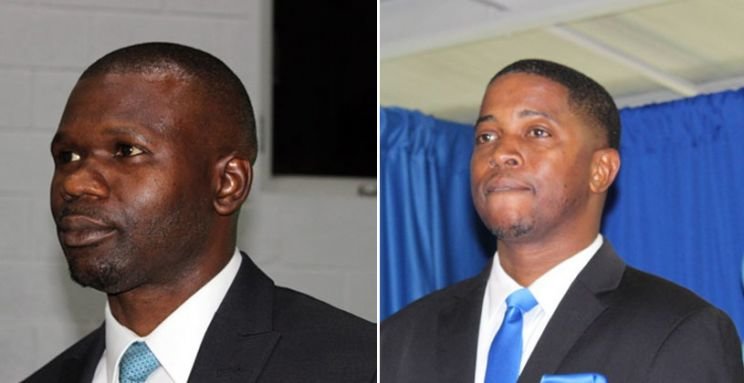 Elected members of the House of Assembly are being flocked by hundreds of residents who are in need of financial assistance in wake of the COVID-19.
The rush comes as Premier Hon. Andrew Fahie announced that government will be giving each elected member $300,000 to assist persons in their respective constituency.

“We are all under pressure…persons not working, they are coming to us, the elected representatives. the $300,000, I got about a million phone calls about this money because people are behind on NHI (National Health Insurance), social security, house rent, mortgages, everybody behind, some barely have food to eat,” Minister for Natural Resources,
Labour and Immigration Hon. Vincent Wheatley said last week in the House of Assembly.

The Ninth District Representative said that it is unfortunate that no one knows when COVID-19 will be over.

Hon. Kye Rymer, Minister of Transportation, Works & Utilities said that the second the Premier made the announcement in late May, residents began to contact him. He said even though the criterion for eligibility are not laid out as yet, he has already received some 150 applications in his district.

The District Five Representative said while he will do his best to ensure he touches everyone in need, he is asking persons to be mindful that the money has to stretch to meet all those in need.

“I know some of the requests they are a bit high based on what I have been seeing. I want those applicants to know that as big as $300,000 sound if you give 300 persons a thousand dollar the money is done,” the Minister said.

He added, “So, I want persons to understand that is not each and every one of us will get exactly what we are requesting, but the intent is to help as many persons as possible. I would also ask persons to be mindful that other persons need assistance as well.”

The Second District Representative said that he is ready to do his part as soon as they are provided with guidance on how the initiative will work.

“The Premier assured that we would have a meeting this coming Thursday to discuss how it will work; how it will be distributed for the general public as well as the stimulus for fishing and farming, housing , social security…it’s just to work out the details,” he stated.

The Member added, “I will be doing my part to ensure that each person, and as many persons as possible can be reached to help them in this time.”

He however, cautioned that persons would have been out of work for three to four months, and it would not be fair for them to also have to wait the same length of time for assistance.
#COVID-19  #Covid
Add Comment