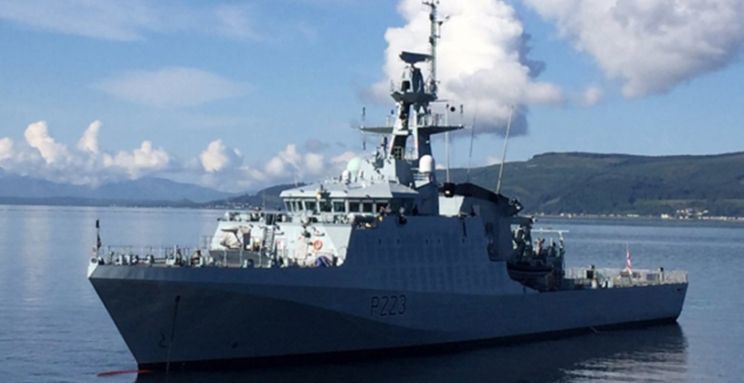 The 2021 Atlantic Hurricane Season is officially underway, and residents of the British Virgin Islands are being told that they can rest assured that two United Kingdom Ships are on standby in the event that external help is required during the five-month season.
During his statement on the commencement of the season, His Excellency Governor John Rankin also urged residents to be at the ready.

“As the 2021 Atlantic Hurricane Season gets underway, I would like to join the Premier, the Department of Disaster Management and our regional partners in encouraging the people of the Virgin Islands to work together to be ready and stay ready for storms and other hazards,” he said.

He continued: “Forecasters tell us that 2021 is likely to be another active hurricane season. Indeed, before the official start of the season on June 1, Tropical Storm Ana had already formed and dissipated. As all, too many of us know and have witnessed first-hand, just one impact on our Territory can be devastating. This fact should remind us all to make every effort to prepare at home and in our community.”

He said in his role, his primary concern is to maintain the safety and security of our Territory, and this remains especially true during the Atlantic Hurricane Season.

He said on the part of the National Security Council, preparedness efforts have been ongoing “for some time.”

“In addition to updating their emergency operations plans and ensuring that the Territory’s security assets remain safeguarded, the Territory’s police and fire officers, in particular, are standing by to respond rapidly if needed. Elsewhere in the Public Service, ministries, departments, and statutory bodies are carrying out their annual readiness assessments to ensure they are ready to continue to serve the people of the Virgin Islands throughout the hurricane season. These efforts are guided by the National Disaster Management Council, which sets the Territorial preparedness priorities each year in accordance with the Disaster Management Act,” he remarked.

He added: “As a Territory, we must plan for the possibility of a disaster that we could not face on our own. Like other Caribbean Territories, the Virgin Islands stand to benefit from the support of the United Kingdom in the form of two naval support ships this hurricane season. One is in Caribbean waters year-round, and the other is here for the hurricane season. Both ships stand ready to provide humanitarian aid and disaster relief should we see a major impact such as a hurricane, earthquake or flood.”

Governor Rankin applauded the work of the private sector in that regard and urged residents to play their part to protect lives and properties.
#John Rankin  #the Virgin Islands
Add Comment