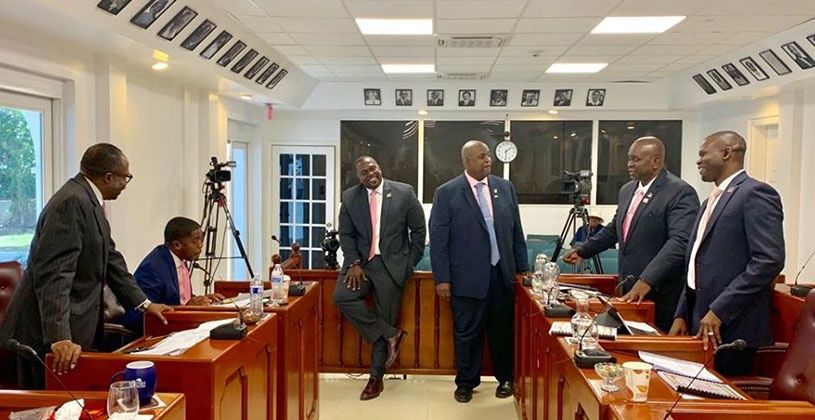 Clerk of the House of Assembly (HoA), Mrs. Phyllis Evans defended her decision to assist some residents despite not having supporting documents to go along with their application for the COVID-19 Assistant Grant initiative because persons were hurting and desperate.

Counsel to the Commission of Inquiry Mr. Bilal Rawat pointed out during her appearance before the CoI yesterday, July 14, that the Internal Auditor’s report on the HoA's COVID-19 Assistant Grant Initiative stated that one-third of applicants applying for the additional $300,000 that all members of the HoA had to distribute to their constituents in 2020, was not supported by evidence at the time of the award of the assistance.

As the Clerk, she was responsible to review the submission to ensure that the documents were signed and that they complied with the established stipulations.

“People were frustrated, members were hollering, I was the only person going through each application, and I couldn’t see everything. We were just very overwhelmed with the situation,” she remarked.

She added, “I don’t know what the percentage was, I know that yes, there were persons that did not have the evidence, but it was a trying time for us here in the BVI, and persons were desperate, and I tried to assist the best I could and to really assist persons who were really in dire need of assistance. And, yes, I recognized that there were persons that did not have the documents attached, but they were hurting, and I tried my best to be humane and to ensure that persons got assistance. So on that basis, I am aware.”

Mrs. Evans also revealed that because of the situation brought on by the ongoing health crisis, HoA members were pressing her to process the applications as quickly as possible.

She added, “The applicants and the constituents, everybody was on the brink of collapsing, no job, can’t pay their rent and stuff like that. It is a small community commissioner, and for a lot of that, you know a lot of situations, and sometimes you recognize names, you recognize faces, and there were those applications that you could have spoken to yourself in terms of when they arrived at your desk. So I think members were just trying to help persons in their dire need because it was a trying time, it was very crucial, and people were hurting.”

She said in some cases she told members that there was missing evidence to support the applications, and some applications were also returned because they lacked pertinent information.