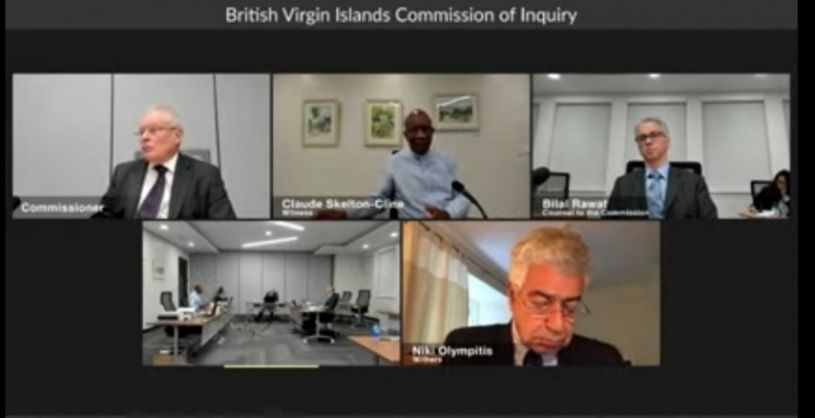 Claude Skelton-Cline beseeched Commissioner of the ongoing UK-backed Commission of Inquiry (CoI) Sir Gary Hickinbottom to conduct a holistic assessment of the BVI, one that would go beyond the grilling of politicians, public servants and private citizens, before submitting his report and recommendations on findings of the CoI.
Skelton-Cline’s words came moments before he departed from giving evidence to the CoI on Monday, October 4.

He expressed that the current Westminster system does not work for the territory and stated that the BVI should not be viewed in the same context as the UK or another major country.

“We know each other, we live with each other, we have breakfast, lunch and dinner with each other, and so I am afraid based upon what I’ve heard so far that there is an assessment, a judgement being had to kind of make it very murky and almost corruptible, that something must be going on because these people are so close,” he said.

He continued: “That’s the nature of the small footprint we living in and what I am afraid of, that no matter what recommendations you bring, sincere and earnest as they may be, they are going to be plugged into a very system that simply is not going to work."

Skelton-Cline went on to urge, "there must be another road map, another way forward in which we could move but coupled with that, that road map has to come from the people within. It can’t be a road map that is imported because what you will discover is the minutes amount of animosity, resistance that would result, and it need not be that way.”

He then urged Hickinbottom to gather a group of “well-meaning, a cross-section of private citizens to say or provide them with an opportunity for an alternative structurally, because in my ecclesiastical term, there is a structural sin that is this current system.”

“It has been very disconcerting for me to see my brothers and sisters coming here having to nuance their relationships with each other, who is your friend, who is your acquaintances. It's sheer madness it doesn’t work, and it does not speak to where we are and when you take that into the whole because I don’t see anybody winning in the current trajectory, the UK or us.”

He added: “My findings will be made on the evidence they will not be made on anything else. My conclusions will be drawn from those findings, and I will make recommendations that I consider firstly to address the problems as I identify them and also they will result in better systems, better results for governance for the people of the BVI."

Sir Gary added, "that is my job; I do not accept the premise of what you just said, which is whatever recommendation I make, that things will be worse when I leave these islands than when I came.”

Skelton-Cline replied that the Commissioner misunderstood what he said and explained what his words meant.

“I am saying that the country will fall back into the same run because it is the same system. The recommendations at its best, becomes just mundane…I want you to hear me and understand outside of what is your remit, there is something bigger happening here in which you, as commissioner can play your role," Skelton-Cline said.

He continued: "It may not be part of your mandate, it may not be what you’ve come for, but I do want to invite you to at least put on a new set of lens in which to see a bigger picture as it relates to the destiny of these islands as which you can play a more positive, impactful role as your recommendations will go to the Governor and then go up to the Foreign and Commonwealth Office."

He then said the BVI was built by its people, and he urged the Commissioner to visit some of the territory’s historical sites and, while there, imagine what it might be for a black man or a black woman in that space.

“To gain an appreciation for where we are now because there’s more here that’s at stake than the recommendations that will come from the CoI. What we are going to see a retrograde move back into our people of this country. I am terribly afraid of a repeat of 1949, and so that’s why I am simply asking,” Skelton-Cline added.

The march in question was led by Isaac Fonseca, Carlton de Castro, and Theodore Faulkner.

This demonstration was what paved the way for political and constitutional growth after the people were not happy about the then political system.

They signed a petition, and the Legislative Council was restored, followed by the first General Elections in 1950.
#Commission of Inquiry  #Hickinbottom  #CoI
Add Comment 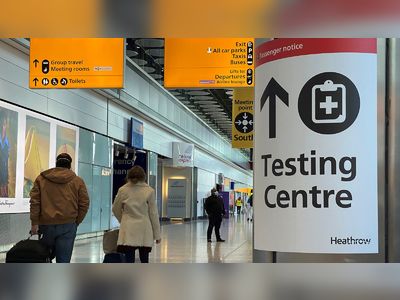 The health secretary acknowledges that the measures are "hugely unfortunate" for people who already had travel plans but insists they will be "temporary".