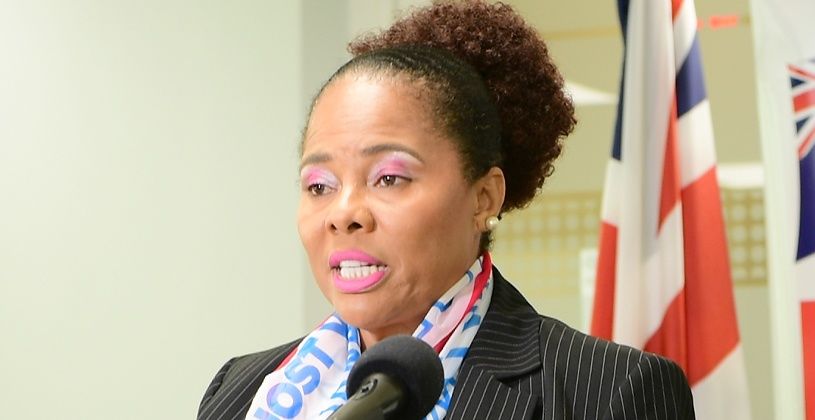 I Am Sorry! Yes, I Fought...But It Was Not Enough

At-Large Representative, Hon. Shereen Flax-Charles made an impassioned submission in the House of Assembly to support her vote of no confidence against the Andrew Fahie-led administration which she was a part of.
She noted that the current political perils are nothing short of tragic, and although the head of the Government was apprehended and categorized as “corrupt” around the world, the entire country has been negatively impacted from this event

“Today I cast my vote of no confidence, not because loud voices are clamouring for it, not because I feel personally betrayed, and not because foreign entities demand it. I cast my vote of no confidence because the removal of Andrew Fahie as Premier and leader of this land must happen so that we can finally chart a course forward with new principles of fairness, transparency and equity,” Flax-Charles reiterated during the debate on Thursday, May 5.

She also pointed out that the country has been affected with the ills associated with gun violence and drugs and Hon. Fahie’s actions demonstrate a blatant lack of concern for families who are hurting due to loss or devastation as a result of drug trafficking or gun crime.

She also stated that she is disgusted to her very core at the thought of individuals betraying the honour of the leadership entrusted to them “for twelve pieces of silver”.

“People of the Virgin Islands, as a leader who you chose to entrust, I stand before you today with sincerity and say ‘I am sorry’. Yes, I fought, yes I spoke, yes I championed, but it was not enough to avoid the tragedy which we landed in”.

She also made a call of action to “cut the dead weight”, resolve the country’s issues and to advance stronger as a united people.

She continued by stating that “our very democracy experienced its most tangible threat since our emancipation. Through it all, there was no one to blame but ourselves. As a people, many of us sat idly by as the situation became more and more untenable. We let fear of victimisation and loss of opportunity, blind us to the dark path that we have been headed down for decades”.

She also chastised the people of the Virgin Islands, especially the leaders for normalizing immoral activities for personal gain. She stated that as leaders, they had failed, even when some of them were brave enough to speak out about injustices.

“Wherever we may have tried to stand for what was right, it is clear that it was not enough as our journey has still led us to where we are today. Our greatest failing was allowing ourselves to be divided, manipulated and led astray, all in the name of a personal interest that we had yet to understand,” Hon Flax-Charles expressed.

However, in addition to acknowledging the issues confronting the Virgin Islands Government, and society by extension, Hon. Flax-Charles also proposed a solution towards advancement.

She said that this will involve separation from the past. She explained that this would be an attestation to the local people, global partners of the Virgin Islands, and to the international community that the Government was commitment to positive change.
#the Virgin Islands  #Fahie
Add Comment