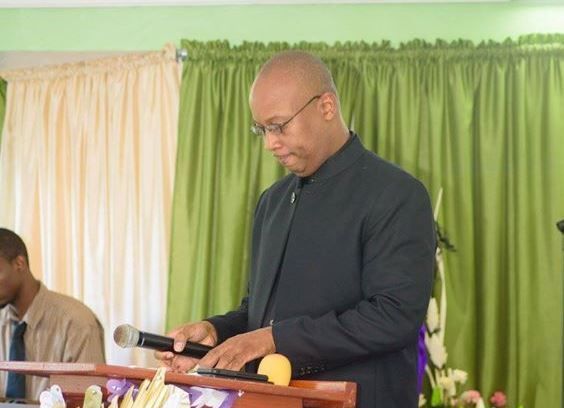 'I carry a burden' for the advancement of VI – Skelton-Cline

Talk show host Mr Claude O. Skelton-Cline has said he should have been ‘independent’ in terms of politics and not politically aligned, declaring that he carries the burden for seeing the Virgin Islands (VI) get better.

Speaking on the Tuesday, November 1, 2022, edition of his Honestly Speaking radio talk show on ZBVI 780 AM, Skelton-Cline said although he believes he did not choose to carry that burden, it has cost him.

“I carry a burden, and sometimes I wish I didn’t… for the advancement of the land of my birth and it has cost me tremendously,” he said.

“Sometimes I wish I myself would shut-up, but I can’t… I carry this weight and I have to believe that it's God-ordained, but there is a cost,” he added.

No support for a single party - Skelton-Cline

Meanwhile, Skelton-Cline said as it relates to party politics in the VI, he will not wholeheartedly support a single party as was the case before. “These are not ordinary times, we are not in an ordinary place in our history, it cannot be business as usual,” he said regarding the next general election in the VI.

He further warned upcoming politicians that it is not the season for the kind of campaigns often seen in the VI and that campaigning for the 2023 elections has to be different.

While Skelton-Cline maintains that he is still a member of the Virgin Islands Party (VIP), he said his support in 2023 will not be fully behind the VIP.

"I do not believe that people of this country in this next general election will wholeheartedly elect any singular party unless some new party comes on the scene with maybe a mixture of some old guards and a plethora of new faces, who can bring fresh eyes, ears, spirit, and thought processes to the agenda," he added.